Ohio GOP Senate candidate J.D. Vance believes a bad marriage trumps no marriage at all, especially when children are in the picture. The “Hillbilly Elegy” writer conveyed these thoughts while speaking at a high school in southern California; Vice News recently shared the video.

Vance shared with a crowd at Pacifica Christian High School in Santa Monica, California, that he thinks one of the great tricks that the sexual revolution pulled on the American population is the idea that leaving violent or unhappy marriages is best for the children in the long term.

Vance said, “And maybe it worked out for the moms and dads, though I’m skeptical. But it really didn’t work out for the kids of those marriage. And that’s what I think all of us should be honest about, is we’ve run this experiment in real-time. And what we have is a lot of very, very real family dysfunction that’s making our kids unhappy.”

He continued, “I think it’s easy but also probably true to blame the sexual revolution of the 1960s. My grandparents had an incredibly chaotic marriage in a lot of ways, but they never got divorced, right. They were together to the end, till death do us part. That was a really important thing to my grandmother and my grandfather. That was clearly not true by the 70s or 80s.” Vance also stated that many kids suffered when people stopped seeing marriage as sacred and started looking at it as a contract.

Since he started campaigning for office, controversial stances like this have become part of Vance’s mark. In an interview with a Catholic magazine in 2021, Vance proposed banning pornography to preserve marriages. Vanity Fair claimed that he called rape inconvenient in the past and stated abortion is as morally unacceptable as slavery.

Research indicates that children who see domestic violence suffer harmful mental and physical effects. A March 2021 WHO report implied domestic abuse is linked to higher child and infant deaths. The same report said that children who grow up in families with violence might endure many emotional and behavioral disturbances.

When Vice News asked Vance why he believed it would be better for kids if their parents stayed in abusive marriages instead of divorcing, he said domestic violence had grown recently, especially among unmarried couples.

Vance noted that domestic violence would decrease if progressives got their wish, but modern society’s fight with families worsened the domestic violence situation. Vance said anyone would recognize that he was criticizing the progressive frame, not embracing it. He also discussed his experience with domestic violence and was appalled that people thought he was defending abusers.

However, the data says otherwise. Statistics from the CDC indicate that the rate for women declined from 15.5 to 5.4 per 1,000. For men, it fell from 2.8 to 0.5 per 1,000 between 1995 to 2015. Unfortunately, the COVID-19 pandemic contributed to an increase in domestic violence due to quarantine orders forcing people to stay at home with their domestic partners. Vance’s comments went viral on social media, with thousands disagreeing with his standpoint. 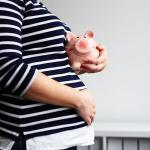 The Current Cost to Raise a Child is…