Once lost, can you get the love back?

Is It Possible to Turn a Troubled Marriage Around?

After going through contentious periods, some married couples wonder if they can ever get the love back. Unfortunately, when couples hit these love-dry spells, some see divorce as the inevitable, only choice. Some choose a brief period of separation for a few days or weeks, and that may be helpful; however, separation can be damaging if it lasts too long.

During difficult times, some spouses may find other people more desirable than their mates, and their marital covenants may seem unimportant. Having an emotional or even a sexual affair may look appealing. In the heat of passion, persons justify infidelity and blame their immoral behavior on circumstances or on their spouses who they claim are not meeting their needs. Those who go down the road of infidelity will inevitably regret it and will experience negative consequences which will painfully effect the lives of many other people.

Unfaithfulness could lead to expensive, painful, messy divorces which will have destructive ripple effects for not only their partners but also for their children and for their grandchildren. Society as a whole suffers from broken homes. Most divorces are the result of people's selfishness, of their seeking immediate solutions, or their wanting a quick fix without regard to how their behavior impacts many other people.

But once the love is gone, is there any hope of saving the marriage?

The answer is a resounding yes! Even if there has been betrayal and infidelity? Yes! For those who are in marriages involving physical violence or serious emotional abuse, divorce may be necessary. But even with serious problems, some couples can work things out without divorce. Most, if not all, marriages have serious bumps in their matrimonial roads that require companions to forgive, reassess, and recommit. To be forgiven of our own marital sins, we must also forgive our partners. When we give forgiveness, we give a gift to ourselves. Holding onto anger is like taking poison in hopes it will harm someone else. Forgiveness is both an event and, in most cases, a lengthy process, but the healing it brings is especially sweet and well worth the effort.

Research conducted with couples who were seriously considering divorce but who decided to recommit to their relationships is revealing. Five years later, the vast majority of these couples stated they were very glad they did not divorce and claimed their marriages were better than they had ever been before. Even in those marriages in which one partner was more committed to the marriage than the other, many said their persistence made a big difference. They eventually were able to convince their reluctant partners to recommit to making their marriages work.

How did those in troubled marriages turn things around?

They began by calling the war off. They realized that to get the love back they had to stop quarreling and call a truce. They had to choose to do loving behaviors even though at first they felt they were just going through the motions. But that is the very key. They chose to go through the motions of courting each other with the promise that in time they would again love one another. Love was and is a daily decision.

However, sometimes love is like the ocean when the tide is out; the strong romantic feelings are not there. But when the tide comes back in, couples recapture the love. The fact that couples made serious covenants to "have and to hold" during times of "sickness and health" plays a major role in their decisions to forgive, stay together, and work things out. Their motivation increases when they realize they owe it to their children to stay in the marriage. While love is important, couples' marital commitments give them power to re-kindle their love.

Some may need the assistance of licensed marriage counselors. Some say they can't afford the cost of therapy; however, therapy is better and cheaper than going through the pain of a nasty and expensive divorce. As stated above, divorce is even worse when children are involved. Couples often get into contentious debates regarding custody and visitation rights that can go on for years after divorces are final.

Furthermore, studies have shown that divorce doesn't eliminate negative characteristics that are most often carried into the next marriage and then the next. Divorce rates are higher for subsequent marriages because people fail to eliminate the damaging traits that existed in the first. While couples must work hard to solve conflicts, correct bad habits, and be dedicated to each other, getting the love back may be easier than divorce and best for all concerned.

Editor's note: This article was originally published on Dr. David Coombs' blog. It has been republished here with permission.

David Coombs has a doctorate and 42 years of experience as a marriage, family, and individual counselor. He and his wife have been married 48 years, have 8 children and a bunch of grandchildren.
nextarticle 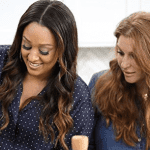 11 Tv Shows About Family That Don't Include…