One of the most dangerous mistakes in marriage

This One Trend Among Couples is Threatening Hundreds of Marriages.

As I interact with couples from all over the world, one trend I've found among couples in trouble is that they have what I called a "Cable Company Marriage."

That probably sounds pretty random, so let me explain...

Have you ever noticed how cable companies treat their customers amazing when they're first trying to seal the deal, but once they've got you, the introductory rates disappear and are replaced with much more expensive rates and the customer service takes a nose dive which makes you want to trade in your old cable company for a new one? The Cable TV industry seems focused on a model of treating people really well at first, but then taking them for granted in the long run.

Sadly, a lot of marriages operate this way too. In the beginning, when the couple is trying to win each other's hearts, they roll out the red carpet! They give the very best of themselves, but it doesn't last long. Once the day to day reality of life together sets in, they stop doing all those things they did in the beginning. They take each other for granted, and it isn't long before they both start longing to leave for something new where they'll be treated well again.

It doesn't have to be this way! Marriage should grow stronger with time. A couple should continue pursuing, encouraging and adoring each other through all the seasons of the relationship.

If you find yourself in a "Cable Company Marriage" right now, don't lose hope! Don't throw away your relationship just to start new with someone else and repeat the same cycle. Make a commitment to transform your marriage. Stop taking each other for granted. Your best days together can still be ahead of you and not behind you. 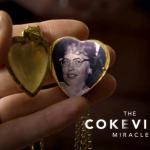