And It Goes Way Beyond Likes and Heart-Eyed Emojis.

You see it all the time. You are scrolling down your Facebook news feed, and there it is, the "I'm engaged!" post.

For some, it is an annoyance; for others, it's a chance to stalk all of the couple's cute photos and be reminded true love actually exists.

Whatever your feelings are about these posts, it's plain to see they receive a lot of reactions: hundreds of likes, comments and heart-eyed emojis.

I experienced this myself when I announced my husband's and my engagement, and I was actually flattered and humbled by all the love and support we received because of our happy news.

I promise this is not some sort of #humblebgrag but instead a chance to share something really important about starting off your marriage.

You see, social media now gives people the opportunity to support your relationship, which is very beneficial for a long-lasting marriage.

It is often forgotten that back in the day wedding celebrations were a community event, with whole villages involved in the process. (And, actually, there are certain areas of the world where this is still the case.)

This played an important part in the marriage of the two individuals because it meant there was a whole group of people behind them and supporting their union. What makes us think we don't need that now?

A 2014 study by Emery University reports that couples who had 200 or more guests at their wedding were 92-percent less likely to divorce than those who did not. The study also shows that this doesn't have to do with spending more money on the wedding itself.

So the question is this: why do we care so much about a person's-whether it be a friend's, relative's, or stranger's-marriage?

In the end we care because we know marriage is a good thing but something that is faltering a bit in our time.

According to the Pew Research Center, barely half of U.S. adults are married or choosing to get married. These kind of statistics really do affect communities in the long run because, as this and other studies show, married couples are generally more affluent, which means more business and more profit for the community. Also, marriage is beneficial to children, who grow up happier and healthier with two parents in the same household. Happy children create happy residents, who create good communities.

Marriage brings out a community

I don't know about you; but, when I first got married, I had no idea what I was doing. My husband and I were learning as we went, and we appreciated the friends and family members who were around to support us and give us advice on how to navigate a happy married life.

Don't be fooled into thinking you can face marriage alone. Embrace the love and support given to you in and outside of social media.

I understand there are those out there who might not have this kind of support for when they are starting this great phase of life. But I hope you, who fall in this boat, know there are people out there who do care. And if you share the good news of your upcoming wedding, you'll be surprised at the community of people who come out and support you.

So, don't be afraid to share the good news of your marriage on social media, and embrace all the likes and comments that come your way. It is only going to help you and your spouse in the end. 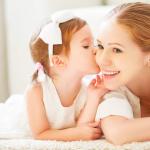 Crucial Parenting Lessons Your Children Will Thank You…