Relationship Maintenance: Talk is Not Cheap

Here Are Five Tips Focusing on Verbal Communication That Can Serve to Benefit and Heal Relationships .

Marriage and family therapists are quick to note that maintaining any romantic relationship requires time and effort. Here are five tips focusing on verbal communication that can serve to benefit and maintain a relationship.

It seems almost too simple to even mention, but there is a reason that the idiom "You catch more flies with honey than vinegar" rings true. Now, it's usually not too difficult to be polite to total strangers, and yet for some reason the same is not always true about those we love. Speaking in kind tones, using common courtesy, and giving an added measure of patience can go a long way to help maintain a relationship. Once during an argument, my mother stormed out of the house and headed down the street. After a few minutes my father loaded the kids in the car and drove after mom. He pulled up next to her, leaned out the window, and said with a wink and a smile, "Hey, baby, wanna ride?" His willingness to be nice in spite of hard feelings helped mom to realize their relationship was more important than the argument.

Speak up! Your partner doesn't know how to read your mind. Share your thoughts and feelings. Let your wants and needs be known. Give honest feedback when needed. You'll probably notice that a lot of problems can be averted if you're just willing to say something. Jill, from Mesa, Arizona used to get frustrated with her spouse when he could not seem to remember her preference for dessert on date nights. As she's matured she's learned something. "It is more effective and easier to just tell him what I want for dessert right away," she explains. "I get what I want and I am not angry with him for not knowing."

No two people think exactly alike. Responding constructively, even when your opinion differs from that of your spouse, helps retain positive feelings. Becky, from Mesa, Arizona, often chuckles over some of the inventive money-making ideas her husband comes up with on a regular basis. Instead of criticizing, she learned fairly early in marriage the value of the phrase, "That sounds interesting; you should look into it." By responding positively, she is able to show support and keep the peace in her home.

Empathy is the ability to understand or anticipate what another person is feeling. Unfortunately, we don't always have empathy for those to whom we are closest. When we don't try to understand our loved ones' emotions, we can cause damage to our relationships. Some years ago, Julie, from Mesa, Arizona had cancer and was recovering from surgery and awaiting radiation. She recalls, "I was really struggling, physically and emotionally. While my side of the family was really supportive and positive the opposite was true of my in-laws. They dismissed my cancer and my struggle as 'the good kind of cancer,' gossiped about me, criticized my housekeeping skills, and seemed to dismiss my needs. Instead of offering help where they could they failed to be empathetic or to offer service." Although Julie's cancer has been in remission for several years, she still struggles with the way she was treated.

Small talk serves an important purpose in relationships: it helps confirm that everything is OK. On the other hand, when a couple finds themselves unable or unwilling to communicate, then that can be a sign of unresolved anger or resentment. Jan, from Huntsville, Alabama said, "[As a young mom] I was lonely and isolated and felt the need for intellectual communication with adults. My husband was always tired and drained from work when he came home, and his need was for peace and quiet. At the dinner table he would sometimes not say a word. I got so frustrated with him I threatened to eat dinner in the bedroom. He acquiesced, the next day, by listening to a joke on NPR and recounting it at the dinner table, followed by news flashes on other days. I was flattered by his quick response because I felt it came at some sacrifice to him." 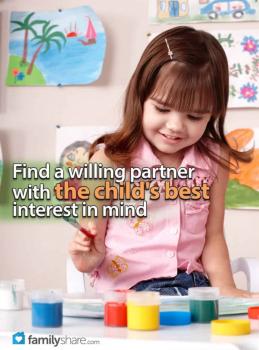