Our Dreams Actually Do Spill Over into Reality and Influence the Way We Treat Our Spouse.

Dreams are a mysterious part of the human existence that each of us experience. Yet despite society's advances in science and technology, little is known about why we dream or what our dreams really mean.

Most of us belive that our dreams reflect the subconscious thoughts and feelings we have about what's going on in our lives. Backing this claim are scientific studies showing this to be true to an extent, however it's still a matter of theories rather than facts.

But what if it was the other way around? What if our dreams affected our reality? New research suggests this is the case, especially when it comes to our relationships.

If you're in a committed relationship, chances are that your partner has been a part of your dreams before. One study found that if you are in a relationship, your romantic partner is present in 20 percent of the dreams you have. This means you can expect your significant other to be in one out of every five dreams you have.

But how do these kind of dreams affect you and your spouse's relationship in real life?

Dr. Dylan Selterman, a psychologist at the University of Maryland, led a research study to try and answer this question. Selterman studied 61 couples for two weeks, all of which were in a committed relationship.

Those in the study kept daily dream journals. In the evenings, they recorded what they had done during the day and how they had interacted with their partners.

Selterman's findings were deeply thought-provoking. He found that those who had negative dreams about their spouse (dreams of arguments, infidelity, or jealousy), had more conflicts and were less intimate with their partner in the following days after the dream.

Crazy! Although these types of dreams aren't uncommon, Selterman found that a certain group of people experience negative dreams about their partners more often than others. In an interview about his studies,Selterman stated, "In my studies on dreams I've found that more insecurely attached people tend to have more frequent dreams about their partners behaving badly, and they tend to feel more negative emotion in those dreams."

On the opposite end of the spectrum, Selterman said there was little association with people dreaming about arguments after having a real one during the previous day. He also noted that people may be influenced by their dreams even if they don't remember or think about them.

Selterman further discovered that positive dreams also have an impact on a couple's relationship. Those who dreamed about sex with their partner tended to be more intimate the following day.

Selterman says he plans to continue researching dreams in the future. His official study is published in the journal of Social Psychological and Personality Science. So, the next time you wake up in a rage at what your husband just said to you, take a deep breath and try to figure out if that was just something you dreamed last night. 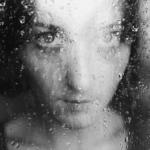