Science Explains Why You Should Absolutely Avoid Pornography

Pornography is a Sure-Fire Way to Destroy Your Sex Life, According to Research.

Anna sensed something was wrong. For the first time in her long marriage, her husband James wasn't interested in sex. When they were together, he seemed absent and unable to be sexually intimate. At first, she blamed it on stress from work. Then she blamed herself. Finally, she confided in a friend who suggested James could be cheating on her. Anna took her friend's advice to check her husband's phone records.

What she found shocked her.

Her friend was right; James was cheating on her. He was having an affair with a four by two-inch screen. He had a new insatiable appetite and had lost his taste for Anna, along with real human affection and touch. The other woman wasn't real, but she was physically perfect, always available and able to take him away from reality.

James was addicted to pornography.

If you want to destroy your love life, you can do it with pornography

In a recent article on pornography, Dr. Robert Weiss said "Sexual dysfunction with real-world partners, in particular erectile dysfunction, can be linked to heavy engagement in online sexual activities."

Unfortunately, James isn't the only one who is a living example of this particular side effect of pornography.

Further research by Fight The New Drug explains how desensitization leads to an increased appetite for more and stronger pornography.

Do you remember watching your first horror movie? The first time it was scary, then as time passed and you watched it again and again, you became used to the scares. Maybe you began looking for the zipper on the monster's costume. In short, you became desensitized. Pornography has the same desensitizing effects. Users depend on more stimulation the longer they are addicted.

Pornography leads you to love your spouse less

In a perfect world, we are addicted to our partners. But unfortunately, this isn't a perfect world. The same chemical process that leads to long marriages and healthy connections are overused in the brain of a pornography-addict. Their habit builds new dark pathways, changing the brain and trapping the addict in a relationship meant to fuel an industry getting rich off their addiction. Addicts are no longer addicted to their partner's love.

Pornography leads viewers to see their sexual partners as objects, not people

Once you see your sexual partner as an object, you begin to judge and compare them against your online fantasy. Your life partner is human, not airbrushed. Your spouse needs love and attention, unlike your digital relationship. Like Anna, other partners of pornography addicts feel this disconnect and are impacted by their spouse's choice to view pornography.

Pornography has destroyed thousands of relationships

In an NPR article about pornography, the addictive drug-like aspect of this digital infidelity is explained: "Imagine a drug so powerful it can destroy a family simply by distorting a man's perception of his wife. Picture an addiction so lethal it has the potential to render an entire generation incapable of forming lasting marriages and so widespread that it produces more annual revenue - $97 billion worldwide in 2006 - than all of the leading technology companies combined."

What does all of this mean?

After several years of counseling, Anna and James still struggle. Anna says, "I feel like James is somewhere else when we are together." They have separated several times and according to Anna, their sex life is nothing like it used to be. She feels lonely, even when James is home. While the couple is still married, Anna believes that "Pornography destroyed our sex life and most importantly our love."

If pornography has affected your marriage and spouse, there is help available. You don't have to go through this alone. Seek help from counselors to help give you strength and help your marriage. Find online resources like The Fortify Program to help find freedom from pornography or Focus On The Family to get help as a spouse of a pornography user. Lean on others (like friends and family) for support. Turn to your spouse about their problem and work together to overcome this trial.

*Editor's Note: Names in this article have been changed for privacy reasons. 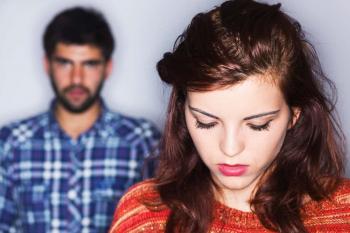 7 Signs He's the Wrong Guy For You