A Scientific Study Revealed the Reasons Behind Why Some Some Women Say, "See You Later."

In life there are thousands of unanswered questions: Where did we come from? Why are we here? Is there life after death? Yet, with all the many questions of life that may be left unanswered, there is one moving question which poets, playwrights, filmmakers and everyday people like you and me have endlessly tried to answer:

Why do some couples fall out of love?

There are many answers, which greatly vary according to the people you ask. (If you want to see what I mean, ask a couple of your friends, then ask your wife and her friends.)

But scientists at the University of Western in Ontario, Canada decided to look for an answer through research. After experimenting, these scientists came up with a study showing their results. They performed their analysis on about 500-600 men and women, created questions for them, held group sessions and extensively talked with the subjects to come to some sort of conclusion.

Interestingly, after the researchers heard many different points of views and complaints, they concluded that when talking about short-term relationships, which were less than a year and a half in duration, bad body odor and careless hygiene were among 3 main reasons women say, "See you later":

4. Lack of sense of humor

It's worth noting that number 6 was difficult to measure because there is no "right" amount of sexual activity a couple needs to have-it depends on the two people within the relationship.

But what I found important to note is how one of the top causes for loosing interest was lack of hygiene or personal care. It is very common for both men and women, to feel "safe" with someone, thinking they no longer have to impress their significant other. However, this can be and is the downfall for many relationships. This has nothing to do with being superficial, but instead has everything to do with taking care of yourself to demonstrate you still want to impress the one you love.

So, do yourself and your relationship a favor: take a shower, brush your teeth, comb your hair, put on deodorant and get dressed.

Communicator fan who tells children about daily adventures of music and sports, likes to read and believes the most revolutionary act that can exist is to laugh.
nextarticle 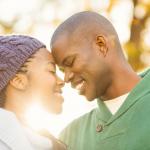