Sylvester Stallone and Jennifer Flavin call it a quits after 25 years of marriage.

After 25 years of marriage, "Rocky" star, Sylvester Stallone, and wife Jennifer Flavin, have officially called it a quits. According to court records, Flavin filed for the divorce on August 19th in Palm Beach County, Florida, to officially end her marriage with Stallone. In a statement given to People Magazine, Flavin says, "I'm sad to announce that after 25 years of marriage I have filed for divorce from my husband Sylvester Stallone. While we will no longer be married, I will always cherish the more than 30-year relationship that we shared, and I know we are both committed to our beautiful daughters. I ask for privacy for our family as we amicably move forward."

There was already a bit of speculation that the couple was on the rocks after Stallone went in for a tattoo cover up on August 23rd. The tattoo being covered up was his portrait of Flavin on his right bicep, which is now covered with a photo of his dog, Butkus, who appeared alongside him in the movie "Rocky." The pubic was quick to suspect that something was up, but Stallone dismissed the rumors of any marital troubles by saying he went in to freshen up the tattoo of Flavin, but it got ruined in the process, so he decided to cover it up with a photo of his beloved dog, Butkus who passed away in 1981.

Another point of speculation that the couple's marriage was struggling prior to the divorce announcement was an Instagram photo posted by Flavin on August 10th of her and their three daughters, Scarlet, 20, Sistine, 24, and Sophia, 25, with the caption "These girls are my priority. Nothing else matters. The 4 of us forever." Many wondered if the couple was having marital issues, which was later confirmed with the announcement of their divorce earlier this week.

After the media caught wind of the divorce, Stallone gave a statement to the media by saying, "I love my family. We are amicably and privately addressing these personal issues."

The couple first met in a restaurant in 1988 in Beverly Hills, California, where they dated on-and-off from 1988 to 1994. They took a year-long break from each other before reuniting in 1995 before they wed in 1997 in a civil ceremony that took place in London. The couple shared three daughters together over their 25 yearlong marriage. 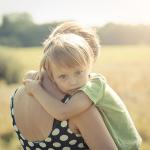 A Back-to-School Message For Parents