Overcome these seven things and see your relationship flourish.

Falling in love can be scary, especially for men. After all, they're constantly being told that showing their emotions is a sign of weakness. Who could blame them for being a bit skittish when it comes to love?

And while very few men have checklists in front of them when they get into a new relationship (and tend to not evaluate their feelings the way women do), they are paying attention. Whether it's consciously, or unconsciously, they are looking for signs that you might be the one.

Here are seven key crossroads your man is looking for before he gives in and falls in love with you.

Men want a woman who is a complete person without them. If you cling to him, are reluctant when he wants to go out with his buddies or seem incapable of functioning without him, he'll most likely pull away.

By contrast, if you continue to live your life (and let him live his), he'll be one step closer to loving you.

When you communicate with your man, are you direct or do you play games?

Men appreciate clear communication. They don't want to have to guess what you're thinking or feeling. Instead of expecting him to read between the lines, be straightforward. He'll be grateful that he doesn't have to engage in mental gymnastics or overcome a series to passive-aggressive traps to please you.

Men like to give compliments to the woman they love. Can you accept them graciously, or are you on the self-deprecation train?

A woman who is confident in herself can accept a compliment without deflecting it or being negative. She doesn't need to protest or put herself down.

If you deflect compliments, it tells him that he's going to have to prop up your ego all the time. If you accept them, he knows that you believe in yourself.

It's one thing to be sweet to the guy you're with, but how do you treat other people? Trust me, your mister notices the way you speak to your friends, coworkers and parents. He also pays attention to what you say and how you act around cab drivers and waiters.

A woman who respects everybody and treats others with kindness and compassion is someone a man wants to share his life with. If you're rude and condescending to others, you'll leave him wondering when you'll start treating him that way - and he won't stick around to find out!

You can't really know what your long-term prospects are with someone until you've disagreed about something. In fact, the way you disagree can make or break your relationship.

No man wants to be involved with a woman who resorts to petty name-calling during a disagreement. If you bring up past grievances or start shrieking at the drop of the hat, there's a good chance he'll head for the hills.

But, if you can talk calmly about your disagreements and work through them like an adult, you'll have cleared a major hurdle on the road to lasting love.

If you're thinking about spending your life with someone, you want to know that they're going to be able to handle life's twists and turns. When a man is considering getting serious about a woman, he'll pay attention to see how she handles disappointment. The lady who keeps her good humor and adapts to life as it happens is someone he'll want to be with going forward.

The two people in a relationship don't have to have everything in common, but it helps if they share some interests. Likewise, it says something about your commitment to a relationship if you care about the things your partner likes.

You shouldn't fake being a football fan just to please him (phoniness won't get you anywhere) but it does help to display a genuine interest in the things that are important to him.

On a related note, being willing to try new things is also helpful. Just because you've never gone fishing before doesn't mean you won't like it - and he'll appreciate it if you try.

These seven crossroads aren't the only things a man look for in the woman he's dating, but they make a difference. If you can tick these things off, there's a good chance your relationship will go from casual to committed.

Kitt Wakeley is a partner at Vizown, a women's treatment center in Oklahoma. He is extremely passionate and determined to help women overcome their addictions and live a clean, wholesome, happy life.
nextarticle 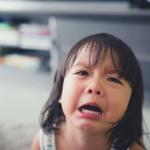 How to Prevent Your Child's Public Tantrums