The 7 Types of Dysfunctional Marriages

It's Remarkable What Can Start Feeling "Normal" if It Goes on Long Enough.

My wife, Ashley, and I have interacted with married couples from all over the world. Many of these couples are healthy and thriving, but many others remain stuck in a perpetual state of dysfunction. Some of them have been living in the dysfunction for so long that they don't even think anything is wrong. It's remarkable what can start feeling "normal" if it goes on long enough!

I'm not a Psychologist, so I'm hesitant to give anything that looks like a diagnosis, but over the years, I've seen some clear patterns in marital behavior, and I believe these "dysfunctions" below represent some of the most common marriage mistakes. If you find yourself stuck in any (or all) of these patterns, you don't have to stay stuck! Take immediate action to replace the dysfunction with health.

This isn't a comprehensive list, but here are seven of the most common dysfunctional marriage types:

These are the marriages where one or both spouses is always "keeping score" of the other spouse's behavior and then using that information to manipulate or control aspects of the marriage. Forgiveness is never truly sought or truly given. Scorekeepers always have their guards up, because they see marriage as a contest to be won against their spouse instead of something to be won in partnership with their spouse.

These dysfunctional couples take the most sacred aspects of marriage (emotional support, friendship, acceptance, companionship and sometimes even sex) and "outsource" those roles to other people or pursuits. They may also escape into their career or hobbies if they find fulfillment in those arenas. They give the best of themselves to other people or pursuits at the expense of their marriage.

These are the marriages where one or both spouses consistently blame the other for all the struggles in the marriage. These couples tend to have regular arguments (often heated) with no real resolutions. Even when they are not arguing, their communication still contains a great deal of sarcasm and nagging. They live in perpetual frustration with each other.

These couples have no trust in each other, and their lack of trust is perpetuated by keeping secrets and hiding details (or hiding money, conversations, etc) from each other. Without trust and transparency in the marriage, the couples lives in a state of artificial harmony and they never experience true intimacy, because secrecy is an enemy of intimacy.

These couples throw around the word "divorce" in nearly every disagreement until they finally follow through and give up on the marriage. They see struggles in marriage as an excuse to quit instead of an opportunity to work together and grow stronger with their spouse. They very often remarry someone else and then repeat the same cycles of dysfunction in the new relationship. 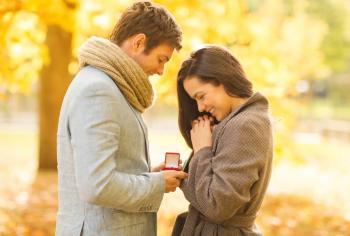