The Greatest Threat to Your Marriage

Boundaries in Marriage Keep You Safe But Taking One Step Outside Leads to Danger.

Editor's note: This article was originally published on Kevin A. Thompson's blog. It has been republished here with permission.

The boundary you are most tempted to ignore is the one you most need to observe.

Every marriage needs firm guardrails to protect the relationship. Without specific plans, clear boundaries, and general operating procedures, an individual leaves themselves open to a significant moral failure which will either greatly hinder the relationship or completely destroy it. (See: No Wonder You Don't Love Each Other)

There are no exceptions. It's not a guy issue or something a few people need to consider. It is a universal rule - every married person needs physical and emotional boundaries with people of the opposite sex.

A foolish person simply hopes they will have the will power to withstand every temptation which comes their way. A wise person knows their will power is limited and will put boundaries in place to lessen the number of temptations they face so that their strength is in full supply when they face temptation.

Happily married people have firm guardrails and they stick to them.

The greatest threat to your marriage is the moment you are tempted to ignore a normally respected boundary.

Your spouse has open access to your text messages, but there is one message you decide to delete.

You never have a meal with a person of the opposite sex, but this one time you want to make an exception.

You never lie to your spouse about where you are or who you are with, but on this occasion you are tempted to do so.

Wisdom creates boundaries but it also lives by them. The moment you are tempted to violate a normally held boundary with a person of the opposite sex, you should recognize the temptation, withstand it, and be on guard with that person.

Danger lies not in the place in which you think there is the most temptation, but in the place you are most likely to let down your guard. Physical and emotional affairs have far less to do with a specific person and far more to do with foolish decision-making and putting ourselves in places in which we are likely to succumb to temptation. (See: You Will Have an Affair If")

Guardrails only work if they are lived by consistently and with great diligence. Our hearts are so deceptive that if we ever let down our guard, we will do so with the person or in the situation that we most need it.

With all the couples I have seen go through the chaos of an affair, I've never had a single person tell me, "I always knew I would do this." Rare is the case in which a person plans on having an affair. Who in their right mind would cause such pain to their spouse, family, and community which an affair causes?

People do not have affairs in their right mind. They do so out of deception. They are lured into adultery and they make poor decisions without any consideration of the real consequences. What begins as a minor bending of normal rules or a simple exception to the usual operating procedures can lead to the destruction of one's family, reputation, and life. (See: Three Myths About Adultery)

Talk with your spouse about which boundaries you both will live by as a couple, and then live by those boundaries.

What is a useful boundary you have with people of the opposite sex? 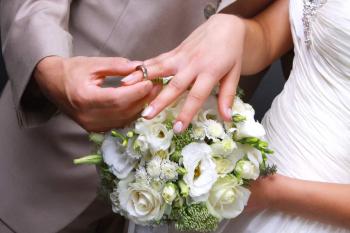 If My Child Marries Yours