The interesting and slightly disgusting history of kissing

Not That I'm Complaining, But When, How and Why Did Lip-Locking Become a Thing?

Do you ever have those existential moments where you start to question even the most basic aspects of life?

For example, how do you plant a seedless watermelon?

Who discovered milk, and under what circumstances?

On a similar vein I've been doing some research on why humans kiss. Where does kissing come from? Does it happen due to natural, biological reasons, or is it a product of society? Why is this a thing? I mean, if you think about it, swapping saliva with somebody doesn't sound all that appealing.

The short answer is: Nobody really knows where or why it started. BUT, there are some interesting theories. Let's take a look at some of the earliest examples of kissing along with a few origin stories.

Inhaling each others' soul

The earliest evidence of kissing comes from 3,500 year old Hindu Vedic Sanskrit texts. They would refer to kissing as inhaling each others' soul. Apparently things have become much more casual since then.

To "seal with a kiss"

The ancient Romans would kiss to establish a contractual agreement. Romance had nothing to do with it - it was all business. A kiss was a contract.

Interestingly enough this is also the origin of the traditional wedding ceremony kiss. Two people seal their marriage agreement with a kiss, just like the Romans.

Some anthropologists think the first traces of romantic kissing come from 326 BC when Alexander the Great (the Greeks) invaded India. As the theory goes, the Greeks picked it up from the Indians. That's all well and good, but even if it's true the Indians had to have picked it up from somewhere, right? Let's take a look at a few origin theories:

Kiss feeding. Yeah, it's a thing

Some philemantologists (people that study kissing. Yeah, there's a name for them.) think kissing could be traced back to our earliest ancestors who would feed their children mouth to mouth. They chew the food for the child (called premastication), and then transfer it over. In fact, some individuals and traditional cultures, as well as some primates, still do it today.

The theory is that, over time, kiss feeding evolved from a way to feed your child to a way to show affection for a loved one. Many believe it grew into what we know as romantic kissing today (as well as French kissing). Not completely unbelievable, right? In all of my research, this seemed to be the most popular theory.

You've heard of pheromones before. They're chemicals our bodies release that, amongst other things, attract potential mates. Compared to humans, animals have a great sense of smell. They can pick up on pheromones from much farther away than us. Some researchers believe that kissing is simply a socially acceptable way for humans to get physically close enough to each other to pick up on pheromones.

There are plenty of valid origin theories, but one thing is clear

While we may not be completely sure how or when our modern form of kissing began, we can pretty much nail down why we do it.

The stimulation of sensitive nerve endings in the lips releases a dopamine, oxytocin and serotonin smoothie throughout your body. It activates the brain's pleasure centers, making you want more. Just try not to think about kiss feeding at the same time. 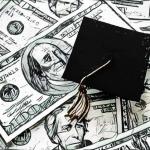