The most effective beauty hack of them all

It's the Gift the Just Keeps on Giving. You Won't Find It at Walmart, Online or in Your Cupboards at Home, But Researchers Say It Makes a Huge Difference.

We all have that one friend who decided to marry someone we perceive as, to put it frankly, unattractive. We never comment about it, because caring that much about looks is shallow, right? But being attracted to your significant other is important! With that being said, out of everyone in the world, how could she possibly be attracted to him?

The fact is you probably need to get to know him a little more and you will see him just as your happily married friend does.

Why? Because researchers have confirmed that a good personality actually makes you more attractive.

In their experiement (which you can read about in detail here), researchers used 60 male and 60 female volunteers. Each participant was presented with images of 60 faces whose level of attractiveness they rated between one (unattractive) and nine (very attractive).

Two weeks later the same participants went through the same rating process - except for a few minor differences:

The beauty hack you haven't tried

People worldwide are striving to become more attractive any way they can. Everyone is constantly bombarded by hundreds of products designed to help them achieve those goals. Everyone has to have the best new makeup, the most advanced workout equipment or the perfect clothes. Not to mention the millions of dollars spent on plastic surgery each year. Instead of indulging in all of those options, why not work on developing a positive personality?

That idea isn't quite as popular as the previous one because a pleasing personality is not always a simple task. It's not a product you'll find and grab on the shelves. It's something you've got to develop and sell to yourself every day.

Try it out. Strengthen the positive aspects of your personality and eliminate the negative ones. Develop new attributes. If you don't know where to start, get an idea of what your strengths are with a personality trait test like this one.

Smile, compliment others, be friendly, serve others, comfort those in need and be good. As you've seen from the research above, doing so pays off in the end. 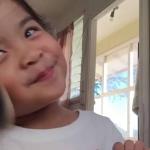 This 3-Year-Old's Makeup Tutorial is the Cutest Thing…