Would You Have Guessed This?

Marriage gets a bad rap sometimes. No one will deny that even in the closest relationships, there are moments of annoyance; but it's also true that working to spend your life with someone whom you love, respect and admire creates huge satisfaction.

But in those bad moments, what is it your husband dislikes the most about your marriage? It's probably not what you'd expect.

After numerous studies with couples over the years, psychotherapist Dr. Harriet Lerner discovered the No. 1 complaint of husbands is this: the continuous complaints of their wives.

Criticism from women is considered the most annoying behavior to men. As an example, consider this conversation:

"My husband is romantic, always surprising me, and affectionate and gentle. I can't take this anymore!"

"It's boring! We never fight!"

That joke is too sad to be funny. Many husbands are so uncomfortable with criticism that it drives them away because they don't how to handle it. Eventually they start believing their wives don't admire them, because they only hear complaints from them.

This situation can turn into a standstill. The wife says something like, "If you do not want me to complain, then do the right things." And the husband feels even more degraded.

So, you can either end the marriage and probably ruin another later down the road, or you can change for the better.

If both the husband and wife could see the other's point of view, the situation would be much better. Both feel misunderstood, unappreciated and uncared for. When we learn to respect different points of view, new possibilities emerge and it becomes easier to understand the attitudes of the other. When you learn to be more understanding, it will help your marriage dramatically.

If you are whining a lot ... stop! It's hurting your marriage. Grab a piece of paper and write down everything you admire about your husband — as a human being, man, father, son, etc. Then read your list out loud, and realize that there is so much more you could add; this is a great exercise. After all this, show him you admire him. It's not enough just to know it.

If you've been criticizing him a lot, chances are he has a hard time communicating with you. He's scared of opening up, because you might tear him down. Learn to communicate in a healthier way. Take a class or counseling on communication if necessary. When you stop criticizing him, he'll slowly learn it's safe to open up to you.

Criticism only hurts feelings and destroys confidence. It can make your husband feel cornered. Pay attention to your attitude toward him, and change your damaging comments to affectionate ones.

This article has been adapted and translated from the original, "A reclamação número 1 dos homens casados não é o que você pensa," which was originally published on familia.com.br.

Suely is a conflict counselor, an educator and has a MBA in Strategic People Management. She's the host of the program "Deixa Disso," which offers relationships advice. She has also published two books, “Uma fênix em Praga” and, “Mediando Conflitos no Relacionamento a Dois”.
nextarticle 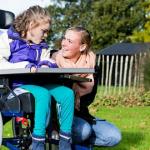