Break the Cycle of Arguing With a Simple Question That Will Shake All You Know About Disagreeing.

In the five short hours between work and bed, I managed to upset her again. Dozens of thoughtless decisions on both our parts led us here, wedged on opposite edges of the bed with an ocean of space between us.

I stared at her back while she stared at the wall, and I quietly, carefully, thought things through.

In hers I had done nothing right. I made her feel worse. I had ignored the real problem and she was rapidly zeroing in on never sharing her feelings again.

Holding back the incredibly familiar urge to defend myself, I contemplated what life might be like if my wife really decided she would never talk to me about her deeper feelings.

A solitary idea swept through my mind then and pushed everything else aside. My pride, how much I wanted to sleep, how annoying these fights were all gave way to a question so simple and piercing I was caught by surprise.

"How much damage do you want to do?"

Until that question was asked I thought arguing could help us move toward an end to the problem, if nothing else. Actually asking myself this made ever believing that sound so stupid.

The only purpose of a fight is to hurt each other so we can play damage control later.

Did I want her to resent me for a day?

The rest of her life?

Suddenly, defending myself and winning the argument wasn't very important.

Suddenly, it wasn't the end of the world that this or that bugged me that day, or that she was being selfish for X or Y reason.

How badly did I really want to wound my wife?

The question completely disarmed me that night. Blowing holes in our relationship for the sake of beating her in a verbal contest was worse than pointless.

I can't go into an argument anymore telling myself she will see it my way; I'll show her why she's wrong. The question comes back every time, "how much damage?"

It's all I will accomplish. If there are good points to be made, they should be made without raised voices and biting sarcasm. If the conversation crosses that line, trying to understand each other and agree isn't even on the table anymore.

It so happens that asking "how much damage" will save not just marriages, but friendships and children and every person you might ever disagree with.

I have not magically solved all my marriage problems with this attitude; we still disagree, and we still stoke our pride, lick our wounds and don't like each other sometimes.

But what has changed is the direction our disagreements take us. I choose to steer them away from pain and toward progress.

There is never an argument so important that it's worth straining bonds with the people you love. 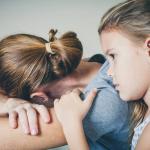 How to Learn to Ask For Help and…