The person that suffers most when families break up

If You're Heading For a Breakup, Know the Consequences.

A new study has found that family breakups can be harmful to children.

And it can be especially hard for young girls.

Childhood family breakups - like a divorce or separation - can have a long-term negative effect on a child, specifically worsening their physical and mental health for their childhood and adulthood, a study from the University of Illinois' College of Agricultural, Consumer and Environmental Sciences found.

And for girls, it's even worse, as they're more likely to suffer from health, depression and smoking issues, the study said.

"Girls' health is more sensitive to family structure," Andrea Beller, an economist at the University of Illinois, said in a statement. "Prior research shows that family breakups affect boys more than girls through cognitive, educational and emotional channels. We find that, if you grow up in a non-traditional family structure - single parent or step-parent or a cohabiting relationship, girls are more likely than boys to be depressed and report worse overall health."

The study also found that a girl's age matters when it comes to family breakups.

"Between ages 6 and 10 is an important life period when girls are particularly vulnerable," Beller said in a statement. "Early father absence is adversely associated with smoking behavior, overall health and depression well into adulthood. And the pattern of findings for depression over the time periods suggests that family structure has a more complex role in girls' mental than physical health."

Beller and fellow researcher Alex Slade reviewed data from the National Longitudinal Study of Adolescent Health, which had information on 90,000 young people from the past 13 years. This study specifically looked at about 7,600 people from 15 to 18 years old and about 4,700 people from 27 to 32 years old who were included in the NLS data.

The researchers specifically reviewed data from people who grew up in single-mother homes, but not ones that included fathers who died, which has its own health effects, the study said.

This isn't the first piece of research to find that family breakups and splits can negatively affect children. As Carl E. Pickhardt of Psychology Today explains, separations, like divorce, change a young person's life, like the way they view their home and their family dynamics, he said.

"Divorce introduces a massive change into the life of a boy or girl no matter what the age," Pickhardt wrote. "Witnessing loss of love between parents, having parents break their marriage commitment, adjusting to going back and forth between two different households and the daily absence of one parent while living with the other all create a challenging new family circumstance in which to live. In the personal history of the boy or girl, parental divorce is a watershed event. Life that follows is significantly changed from how life was before."

Divorce can also shake children's trust in their parents, or even make them believe in a false hope that mom and dad will get back together, Pickhardt wrote.

Or children become anxious about what's going to happen next in their lives, which can lead to additional issues, like bed-wetting, whining and attitude tantrums, Pickhardt wrote.

That's why Amy Desai of Focus on the Family suggests divorce and breakups aren't always the best course of action for families, especially when they don't know the dangers the divorce or breakup will create.

"Before you bail out of your marriage, carefully consider what you'll be diving into. Most people are not prepared for the challenges of post-divorce life," Desai wrote. "Be encouraged that no matter how hopeless it seems, there's a possibility your marriage can be saved. It's our sincere desire that your marriage will be transformed into the loving relationship you hoped it would be when you first said, 'I do.'" 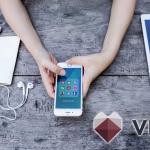 7 Signs You Are Taking Social Media Too…