The Secret to Understanding Women

The Secret is That There is No Secret. But There Are Things Every Man Should Know in Dealing With the Opposite Sex.

I know what you're thinking. Why is a man writing an article about the secret to understanding women? Truth be told, experience has taught me that no one really knows the secret, not even women themselves. And in some ways, it's counterproductive to even try to understand women. However, there are some needs women have that are generally at the root of much of the confusion surrounding what they want. As a husband, recognizing these needs has helped me understand my wife better and has deepened our relationship immensely.

When your wife comes to you with her problems, the typical guy response is to whip out the tools and get cracking on fixing everything up. This works sometimes, but most of the time it ends up backfiring. Why is that? Because in reality, she doesn't want you to fix her problems. She just wants to have someone who can empathize with her.

The power of vulnerability and empathy can fuel a connection in your relationship that will never be found in the simple response of trying to make things better. While the latter is always easier, it's really the former that helps us to understand.

To go along with empathy, women want to feel safe. When they come to you with their problems, they want to feel like it's a safe place, where they aren't judged or dismissed as crazy or overly worrisome. They want their feelings validated. If you can't provide that safety, don't be surprised if your wife turns to her mother or her girlfriends to discuss her problems.

This desire for safety may also explain the physical desires of women. For the most part, women tend to want to date and marry someone taller than they are, or someone who is muscular. Those things are merely a representation of their desire to be physically safe as well as emotionally.

The fact is that it's not just women who deal with issues of self-esteem. They simply express that need in a more outward fashion than men do. Because of that, this need must be answered in similar fashion. They need to feel loved. They need to feel that you have confidence in their importance. They don't need to be made to feel stupid or insignificant.

We live in a world where women are objectified everywhere they go. The expectations for perfection are overwhelming. Don't allow yourself to get caught up in that culture. You chose your wife for several reasons. Remind her of those reasons often.

After all is said and done, it's difficult to understand women because they tend to be subject to base generalizations. Whether it's about their emotions or driving skills, some men tend to paint all women with one large brush. But that shouldn't be the case.

Even with the aforementioned suggestions, each woman has different needs surrounding her. One way to approach empathy with one woman may not work with another. Each has her own personality, dreams and desires. So don't get caught up in generalizing the needs of your wife. While she may sometimes "act like a woman," always taking that approach can make it difficult for you to see her for who she really is.

There are a number of ways to tackle the age-old enigma of how women think. But in my personal history, I've found that most of them are wrong. Progress begins, first, when we stop trying to focus on trying to understand them and, instead, put our energy into just loving them in the way they need to be loved. 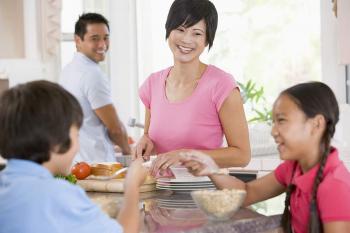