The side of infidelity no one is talking about

This article was written by Walter E. Red on behalf of Bloom

Imagine with me, typing in the name of your beloved spouse, whom you trust whole-heartedly, only to find that he is a member of Ashley Madison and you had no idea, or even the hint of an idea, about his secret.

That would be a bad day, a really bad day. Your entire world imploded in an instant.

And this actually just happened to over 30 million couples, and families. Yes, it was a deserved slap in the face to millions of cheaters and liars. But the consequences of these newly exposed secrets trail a wake far beyond the cheater him or herself, stretching into the lives of spouses and children.

Discovering that a spouse has been unfaithful is a legitimized traumatic event. In fact, researchers have found the "emotional responses to infidelity to mirror those of other traumatic events, including shock, repression, denial, intense mood fluctuation, depression, anxiety, and lowered self-esteem," all of which are symptoms of PTSD (Post Traumatic Stress Disorder).

But what's most shocking, and seldom talked about, is 70% of women with unfaithful partners met most criteria for a diagnosis of post-traumatic stress disorder and 71% demonstrated a severe level of functional impairment in major areas of their lives.

So I find it interesting that our informers, our media, reports story after story about the idiotic, yet forgivable, husband who was careless and got caught, along with the ignorant wife who somehow should have known about their spouse's secret behavior. (And yes, I know, the betrayal can be gender reversed.) But what we aren't seeing, hearing, understanding from the top down, is the reality of the devastation caused to spouses and families.

Featured on the show 19 Kids and Counting, Anna has been known for having a strong background in Christian values. Yet, the recent discovery of her husband's infidelity has made both her and her family the punchline of endless jokes and a target of public scrutiny on social media and talk shows - all of which are chiming in with their opinion of what Anna should have or should not have done, and what she should do now.

One source, who claims knowledge of the Duggar family, told People Magazine that Anna Duggar, would likely feel pressure from her in-laws, Jim Bob and Michelle Duggar, to shoulder some of the blame for her husband's recent disgrace.

Really? She played a role in her husband's affair? Why? Was it because she didn't fully adhere to her mother-in-law's advice to "have sex with [her] husband whenever he wants"?

We all initially bought into the innocent character surrounding the Duggar family; why should Anna's trust in them be any different? Most likely, she is just as shocked as the world, yet the aftermath for her isn't just scandal - the consequences include complete desolation to her and her children's lives. They will never be the same because of her husband's choices (not her choices). And yet, our society finds her anguish our entertainment. We have inflicted additional torment to her already broken life and heart. Is it our business as a community to destroy, or is our charge to revive, render care and lift the feeble and broken?

Perhaps if more of us understood betrayal, and the genuine trauma that ensues, our responses would be less flippant and unfeeling to those who have been betrayed.

Dr. Kevin Skinner, Clinical Director of Addo Recovery, a clinic specializing in helping relationships overcome infidelity and trauma, said "I have sat with thousands of betrayed spouses and have found that the trauma resulting from their discovery of infidelity holds almost identical symptoms to those who are diagnosed with Post-Traumatic-Stress-Disorder. And like PTSD, unless treated, recurring triggers will not only sustain their trauma but can feed and exacerbate it, regardless if the relationship remains intact or not."

Furthermore, Dr. Skinner said "To heal from betrayal trauma, betrayed spouses need education, professional help, compassion and support from loved ones. The knowledge of knowing it's not their fault and they are not alone provides tremendous relief and healing."

And so I propose that an increased awareness, concerning the injury associated with infidelity, could promote change in how our society reacts to betrayal and infidelity. This awareness has the power to turn our media, our society, our community, away from inflicting further pain, and closer to showing the compassion, support and hope those in trauma so drastically need. And perhaps, those who cheat and lie and blunder will more readily recognize the dire consequences that follow their actions, and possibly persuade them to choose a more noble path in days ahead.

Bloom specializes in Betrayal Trauma. If you or someone you know is involved in an unfaithful relationship and needs help, Bloom may be a valuable resource for you. Click here to watch the video. 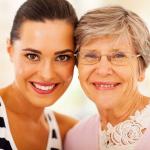