These Are the 5 Types of People Who Betray Most, According to Science

You Will Be Surprised! I Did Not Expect to See Number Four on This List.

Betrayal can be a big factor when it comes to divorce or breakups. But betrayal doesn't have to apply only to psychical acts— there are several types.

According to Matthew Hussey, author and "love life strategist," cheating is "whatever the two of you have decided is beyond the boundary of what is OK." Betraying can be physical or emotional.

These are some things to look out for when it comes to avoiding being betrayed, according to science:

1. People who have betrayed before

Some people who cheat ask for forgiveness after the act and never do it again. But unfortunately, someone who has cheated before is likely to do it again, according to marriage therapists in a Huffington Post article.

According to the therapists, people can change in some circumstances, but it's difficult. You don't want to assume they'll cheat again if they have before, or else you'll sell them short and you might miss out on a great opportunity. But be careful— if they blame their current partner for causing them to cheat, they probably won't change and they'll do it again.

Author Matthew Hussey explains that narcissists only care about how much love they're getting, and pay no regard to their loved ones. He said, "It's not enough one person loving them; they want to make sure that everyone loves them."

Selfish people do not care about their partner's feelings. They know it will hurt the other person, but they only care about how it will benefit them.

This is really a surprise. Researchers analyzed information from a dating site for committed adults and found a higher rate of men who were 29, 39, 49 and 59 years old. According to the Wall Street Journal, people who were getting ready to close one decade and start another were more likely to cheat.

5. People who use a lot of social media

This article was adapted and translated from the original "Segundo a ciência, estes são os 5 tipos de pessoas que mais traem" which was originally published on familia.com.br. 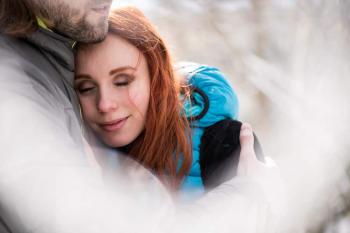 7 Gentlemanly Things Every Woman Has the Right…