Still Looking For the One? Well, Your Time May Be Running Out - at Least According to This Survey.

Science has found out how old you'll be when you meet your lifelong partner.

For some, this year has yet to arrive - but others may be long past it.

OK, we'll stop delaying the answer. It's 27. That's right. The average age people meet their lifelong partner is 27 years old, according to a new survey from Match.com.

The survey, which mostly surveyed British couples, found that most women find The One at age 25, whereas men are slightly older at 28 years old, The Independent reported.

The study also detailed overall dating patterns, including that one third of partners will kiss each other on the first date, and many couples will wait five months before they tell their partner that they love them, The Independent reported.

"We all ask our friends, 'When did you know your partner was The One?' or, 'How long did you wait before you kissed?'" Kate Taylor, an expert at Match.com, told The Independent."

What's more, couples on average won't get engaged until two years after they meet, married until after three years, or have children until after four years together, The Independent reported.

"While each relationship moves at its own pace, daters are often reassured by comparing their experiences with others," Taylor told The Independent.

But finding The One is rarely an easy venture. In fact, some believe they never had a chance to meet The One for them during their lifetime.

Researchers say each person has a 1 in 285,000 chance of finding the perfect partner. And a 2013 study from Siemens found that 73 percent of people don't think their current partner is their true love. Another 17 percent said they met the love of their life, but that person isn't their current dating partner.

Some say, too, that The One doesn't exist. And if it does, it's in a different form than you might expect. Heidi Priebe of Thought Catalog said there is no such thing as The One, and that waiting for The One to appear in your life will keep you from truly enjoying life.

Meanwhile, other relationship experts feel The One only comes after getting in touch with your own personal beliefs and values. In fact, Andy Stanley, in his new book "The Rules for Love, Sex & Dating," wrote that you have to become your own "The One" before you can find someone to make you happy.

This was a similar idea for Dr. Phil McGraw, who said it's important for you to find yourself before you go hunting for The One. He explained that people should work to understand themselves, their wants and their desires before they try to win the heart of another.

Once you realize what you want and who you are, you can begin to make someone else happy, McGraw wrote for The Huffington Post.

"To get where you want to go, you're going to have to rewrite the script of your life and make yourself the star," McGraw wrote. "And you have to define who you want to be your leading man. Then you'll know exactly who you are and what you're looking for. No more trying to be all things to all people. No more trying to guess what some man wants and struggling to morph yourself into it. You are going to be the best you can be, rather than somebody you are not, and I promise that will be more than enough to create the love you want." 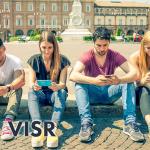 Quiz: What is Your Social Media Persona?