For Many Women, Morning Sickness Can Be Tough to Handle While Pregnant. Here Are Several Tips For How to Manage It Before You Lose Your Sanity.

Editor's note: This article was originally published on Katie Clarks' blog, Clarks Condensed. It has been republished here with permission.

I vote that they rename morning sickness. It really gives people false expectations that once they get through the sickness in the morning, it won't come back the rest of the day.

Don't get me wrong; when I was pregnant, I definitely had morning sickness. Along with lunch time sickness, middle of work sickness, driving home sickness and all evening long sickness.

And it didn't end after the first trimester like people make you think it will either. Nope, I was pretty much sick the entire time I was pregnant. I knew I would be. My mom was very sick with me, and I just had a feeling that I would be getting payback when I was pregnant. Payback it was.

I didn't feel like any tips really worked that well. And I pretty much always felt sick. I threw up on the way to work, and the way home. Right when I woke up and before bed. I can never eat Taco Time again, and I feel embarrassed every time I think about when I was walking down a hill from BYU campus, and I just started throwing up " with lots of people around me.

With that said, here is everything you need to know about morning sickness - what it is, why it happens and how you can manage it.

What is morning sickness

First off, I want to talk about what is morning sickness.

Morning sickness can be as "simple" as feeling a little sick to your stomach, to full on throwing up multiple times a day to the point of dehydration. No matter what kind of morning sickness you may experience, just know that it's OK to rest. Don't let anyone make you feel like you're being a wuss! No one truly knows what it's like to go through morning sickness unless they have themselves, and even then, everyone's experience is different.

Most morning sickness will strike around six weeks, but sometimes it will happen later " or leave, and then come back several weeks after. I remember going to an appointment at WIC when I was about six weeks pregnant, and proudly proclaiming that I wasn't sick at all. The nutritionist gave me a knowing smile, and said, "Well, wait a few more weeks before you get too excited."

Ha. That's all I have to say. Because morning sickness came on full force about one week later.

So, what causes morning sickness? I'll talk about that next.

There is not one big, catch-all reason for morning sickness. There's a wide variety of factors, but when it comes down to it, you may never know. And just because you were sick with one child doesn't mean you will be sick with all of them, and vice versa. However, here are a few reasons that have been found to increase the likelihood of morning sickness (summarized from BabyCenter.com)

(human chorionic gonadotropin): When you are first pregnant, your doctor may monitor your hCG level, which is a hormone that rises extremely fast during the early stages of pregnancy. While there's been no definitive study saying this is the cause of morning sickness, it does correlate with the timing of when a woman may first experience morning sickness. When a woman is carrying multiple babies, her hCG levels will be higher, and morning sickness is very common among women expecting more than one baby.

I think this definitely contributed to my morning sickness. When you are pregnant, you do have an increased sense of smell " which is not always a good thing. Things that may not have bothered you before may smell stronger than ever before, causing you to get sick.

This may not be the case for all women, but for some reason, pregnancy can make your digestive system a little wonky. BabyCenter also said that some studies have shown that the presence of Helicobacter pylori, a stomach bacterium, may increase the likelihood of morning sickness. I found this very interesting, because, shortly after Jack was born, I had positive results for h. pylori.

Who gets morning sickness

Most often, you will never know if you will get morning sickness until you're actually pregnant. But, in case you are wondering if you have a higher chance, here are a few factors that may increase that chance:

For most women, morning sickness will just make them miserable. However, if, beyond the first trimester, you don't gain any weight, can't keep any food or water down, you may be at risk for various complications.

The most serious complication is called hyperemesis gravidarum, which happens in about one out of every 100 pregnancies. Kate Middleton brought a lot of attention to this during her pregnancy, and I'm glad it did (though I'm not glad she was so ill.) If you have hyperemesis gravidarum, it's not just an occasional bout of nausea, or throwing up every now and then. It's a serious illness that often can land you in the hospital, and can cause complications with your pregnancy. Thankfully, there are medicines that can help with it, but many women who have it often have to get IV drips to rehydrate them.

While I had a hard time finding anything that made me feel 100 percent better, there were a few things that helped. And, when all else failed and I still felt sick, there were a few items I had to have on hand. Here are a few ideas of items you might always want to have close by.

I was skeptical about these, but honestly, they did take the edge off. Plus they taste delicious!

As much as I hate to admit it, there were many times I was in the car, or work, or walking on campus, and I just had to throw up. And the times where a bowl or bag was handy made life so much easier.

This is probably self-explanatory, really, but if you get sick " you'll probably want to get that flavor out of your mouth.

It's very important to stay hydrated while pregnant, especially if you have a lot of morning sickness. However, water can be hard to keep down if you have a sensitive stomach. Gatorade is a good choice because it replenishes the electrolytes you lose (be sure to not get one of the zero or low calorie ones, because they have aspartame or sucralose in them! Not so good for you, or your growing baby.)

I was grateful for having one of these.

Let people take care of you

I don't care how independent you are " if you are feeling sick, let people take care of you! It might be the only time in your life you can truly justify it (growing a person is hard!) Pregnancy is not a time to be prideful!

Inevitably, you will have some kind of food (or many foods) or smells that you can't stand. One of my sisters couldn't even be in the same room as a sausage, and another couldn't be near ham. If you keep track of what makes you feel particularly nauseous, it can help you avoid the triggers more effectively.

Truly, this is the best thing you can do " albeit, it can be the hardest, I know. But sleep whenever you can.

Ginger helps settle stomachs. I actually tried some ginger crystals once, and while I did not love the flavor, it helped a little bit.

If you are absolutely miserable and can't even function, consider asking your doctor for a prescription. I don't think that every woman needs medication for morning sickness, but if you really feel like you can't go on, I'd recommend talking to your doctor. The most popular kind is Zofran, but I'm sure there are other kinds as well.

A nurse at my OBGYN office recommended this as an alternative to getting a prescription medicine. I tried it a few times, right before I got out of bed, and it helped at least ward off my morning sickness for a while. Be sure to ask your doctor for proper dosing.

I heard of someone doing this, and I thought it was a good idea. If you have a hard time drinking anything, maybe just suck on a couple of frozen Gatorade cubes. It will help with hydration and replenishing electrolytes, and might be easier on your stomach.

Just constantly sucking on something can help you fight the urge to throw up, and lemon is supposed to be good for helping with nausea.

Bland, plain and not likely to upset your stomach

Anything peppermint or lemon

Don't ask me why, but these are apparently good for settling stomachs. In my opinion, I feel like any smell was too strong while I was pregnant, but it's worth a shot!

I'm just starting to learn about essential oils and pregnancy, but some people swear by them. Lavender can help you sleep, peppermint and oregano can ease nausea.

right next to your bed for when you wake up in the morning. For me, I would literally throw up five seconds after getting out of bed and just eating a cracker or something gave me a little more time.

" no matter how much you crave them! This can really aggravate acid reflux, as well. Which, in turn, can make you throw up.

These can be purchased at drug stores, Walmart, Target, etc.

Get out of bed slowly

" no need for any sudden movements!

Did I miss something? I'd love to hear your input! 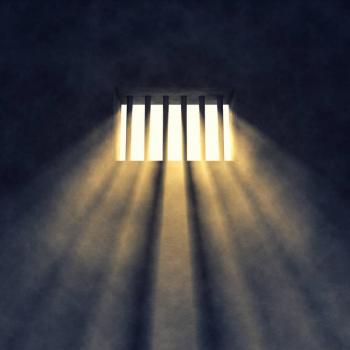 Hold on to Hope in Times of Despair