Waiter Serves a Homeless Man Without Discriminating; But When He Reveals His True Identity, She Breaks Down Crying

When You Know Who the Man Really Was, You'll Freak Out.

If you served a homeless man and he couldn't pay for his meal, would you step up and pay for him?

This is exactly what happened to a waitress in Texas.

Maria was working her normal shift when a man who would soon change her life sat at one of her tables. The man was apparently down on his luck, yet Maria approached him as she did with the rest of her tables and kindly told him, "My name is Maria, if you need something let me know and I'll make sure you get it."

The homeless man noticed that none of the other workers would look at him and no one was offering to serve him. According to Fabiosa, the manager of the restaurant had warned his employees that if they served someone who couldn't pay, they would need to pay for the meal.

But that didn't stop Maria.

After the man finished eating, he paid and left ... but first slipped a $100 tip and a note under one of the empty plates.

While the impressive tip was shocking enough, the note is what surprised Maria (and the public) more. The note said: "Dear Maria, I respect you very much and can see that you respect yourself ... It is evident in the way you treat others, you have found the secret of happiness, your kind gestures will guide and others who know you."

The card was signed by the owner of the restaurant

The owner of the place had disguised himself as a homeless man and went to his own restaurant to verify the quality of his staff and their customer service.

Maria didn't have the slightest idea of who he really was, but she never cared. She never discriminated against him. Her main concern (with all her customers) was making sure they were taken care of.

Her work ethic not only left her with a generous tip, but the owner also promoted her to be the manager of his restaurant.

Through her kindness, her life was changed forever.

Hopefully this story changes your perspective, not just because the homeless man on the corner could be the owner of the city or someone famous in disguise, but because they are human. We need to treat others with the same respect that we would like to be given.

Remember that crucial statement the note said to Maria; "You have found the secret to happiness." Treating our neighbors with the same love and respect that we believe we deserve truly is one the greatest steps to being happy.

This article originally appeared on familias.com and has been adapted and translated with permission. 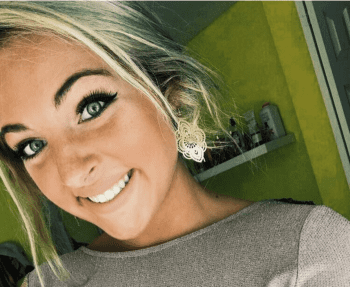