What he means when he says, ‘I’m not ready’

"I'm not ready" is a common excuse for a stalled out romance, but what is he really trying to say? This article explores the reasons why your man can't move forward when his heart's on the line.

Stop me when this sounds familiar. "I thought he was the perfect man for me. He told me he loved me, but he says he's not ready. What does that even mean?"

Plenty of women have heard this, and many more would like to know what it means. It is a difficult thing to accept and can sometimes be very difficult to understand, but it is something that plenty of men see as an understandable reason to avoid a serious relationship. There are three main reasons why a man may use this in regards to a relationship, and it can tell you a lot about him.

Not afraid of a failed relationship, but afraid of deeper things. Thanks to tradition and custom, men have been told they must be dedicated providers and protectors. When he says "I'm not ready," it could mean he is unsure of his ability to be those things. Men do not like to fail, especially as a spouse or father. If he feels, at any point, that he may not be able to live up to his commitment or feels that he may fail, he will not make that commitment. This comes from his desire to be reliable and stable. The worst thing you can do is pressure him about it.

"Your 'commitment-phobe' may worry about his capacity to be a good partner or parent (possibly also on account of a difficult childhood)," suggested Relationship Therapist Elly Prior in her post, What To Do When He (or She) is Scared of Commitment. "He may have experienced disappointments and has come to see himself as a 'failure' in general. This may lead to fear of commitment in other areas too."

Consequently, if he does commit after being pushed, you will have a man who is constantly questioning himself and his abilities. Those feelings will surely lead to resentment in the future.

He doesn't have a plan

No one enjoys the chaos of figuring out your future. The stress of the unknown can get to you. When you have an overwhelming amount of professional and personal issues consuming your time, adding the expectations of a relationship on top of that doesn't allow you to focus on the relationship.

"School and work are common excuses used by commitment-phobes to stay out of a serious relationship," wrote Eric Santos in his article, 8 Ways to Know You're Dating a Guy With Commitment Issues

"While in college, I used the excuse, 'I'm just focusing on school,' to not date anyone seriously. After college, I used a similar excuse: 'I'm just focused on being an entrepreneur.' Don't get me wrong; mixing in a relationship while being focused on school or work can be difficult, especially if you're trying to get a business off the ground. However, if a guy is willing to be committed, he will find a work-life balance."

Like most people, your man doesn't want to commit to something halfway. Instead he wants to be totally committed with no doubts. If he doesn't have other aspects of his life figured out, he's going to want to square that all away beforehand.

He's not ready to settle down

A lot of men view any kind of long-term committed relationship as settling down. Although you can (and should) go out and do exciting things together, it still can seem to him as though he's making a commitment to settling down, and some men don't feel ready to do that.

This means a lot when you realize he wants to be ready for it yet isn't willing to waste your time if he isn't. Many men take that a step further as they see pressure and responsibility come from a long-term committed relationship. Deep down they may care about you, but they aren't prepared to make decisions that affect "we" instead of "me."

"The best thing to do in this situation is to give your man enough space to develop the emotional attachment to you that is necessary for him to want to commit. Pushing things are trying to get closer to him will just smother him and make him want to pull further away," warned Adrienne Mansfield in the article, 3 Reasons Your Man Will Not Commit.

Let him take his time. Nothing says you have to wait around, but try to understand where he's coming from. Some people are ready for commitment long before others, and maybe his time hasn't come yet. If you believe that he is the one for you, and you believe he will be ready one day then waiting could end up with you both being happy together.

_Written by Drew Schroeder for HealthyLiving.care 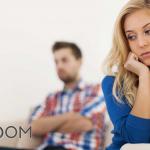 7 Truths You Need to Know About Infidelity