What is Martyr Complex? 6 Signs Someone in Your Life Has One

Having a Martyr Complex, or Dealing With a Person Who Has One, is Perhaps One of the Most Toxic and Destructive Types of Behavior Out There.

Do you know this kind of person? He or she always seems to “suffer” for the greater good. They’re constantly sacrificing their own happiness and fulfillment for others, making sure that everyone has what they need, except themselves. And they do it willingly and selflessly – so long as everyone around them knows it. Yep, that’s your friend (or family member) – the martyr.

A martyr complex, or victim complex, is a form of passive-aggressive behavior and is an unhealthy way of trying to gain attention, approval, and ultimately their way. People with this mentality often see themselves as the victim of life’s unfair circumstances and want to make sure that others recognize their “strength” as they power through while making things better for others, even as their own life is so unfair and unhappy. Ultimately these people are emotionally draining and can create a very unhealthy dynamic within their relationships.

Why People Develop a Martyr Complex

People who develop a martyr complex are often dealing with self-esteem issues, a diminished sense of self-worth, and possibly even depression. Their desire to be valued and important to others becomes a driving factor in their behavior. And because they have little confidence in their own real value as a person, they find ways to manipulate circumstances and other people into seeing them as a victim requiring their attention and sympathy.

Take, for instance, the mother who allowed her life to become strictly about her children, neglecting her own personal growth and individuality (her issue by the way – not the fault of the children). She may see her value in her children’s lives diminishing as they grow. Feeling that she is no longer needed and that her own identity and worth are disappearing, she utilizes guilt and a passive-aggressive approach to force her children to value and need her. She may make them feel like she “gave-up” everything for them, or repeated reiterate all of the many things she did for them at the expense of her own life and happiness. This is very destructive and toxic behavior and will ultimately create a divide in the relationship rather than closeness.

Although a mom is an easy, albeit stereo-typical, example, development of a martyr complex is not by any means limited to mothers. These behaviors can actually start in childhood as children either see role models behaving this way, or are made to feel like they themselves have no value and try to create it by constantly doing for others. They are looking for validation and seek this through needlessly creating their own suffering in order to force others to provide confirmation of their worth.

Signs You’re Dealing With a Martyr

So how do you know if you are dealing with someone who has a martyr complex? There are some definite signs. See if any of these seem familiar.

Dealing with a person who has a martyr complex can be very frustrating. It can also be mentally draining and try your patience. It’s important, however, to understand that although manipulative and somewhat duplicitous, a person behaving as a martyr isn’t likely doing so to be malicious. As mentioned above, their behavior is born out of insecurity and a need to be valued (something we all want).

Patience and understanding with these people is key to working with them. In some cases that will be the best you can do. In others, if you are close to the person, taking time to point out their behavior may be useful. It may be that they have no real idea what they’re doing because they’ve been doing it so long. In these situations it’s possible that the person suffering with a martyr complex will be inspired to seek help in better understanding their behavior. Ultimately, that pursuit can lead to a happier life for them and stronger, more honest relationships. 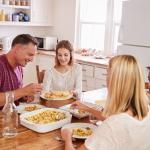 Family Gatherings – Why You Should Have a…