What is the Best Age to Marry?

You May Be Surprised to Find How Stable and Lasting Young Marriage Can Be. Studies Show That the Early 20S is the Best Time.

Is one age better than another when it comes to marriage? Many young adults and some of their parents seem to think the late twenties is the best time, giving them the chance to secure their careers. Contrary to that thinking, some studies and our own empirical evidence show that marrying in your early 20s may be the best age. Having a partner as you work your way through college and up that career ladder can be fun and helpful.

We married when we were in college, at a young age. We just simply fell in love and wanted to be together forever. It was as simple as that. We believe it can be simple now. Many young couples are proving that marriage can be enjoyable and lasting if they work at it. A happy marriage isn't automatic at any age, so if you've found someone you love, who shares your same values, take the leap. Here are some thoughts on why marriage can work at a young age - and by young we don't mean teenagers.

The sooner you find one and get married the longer your married life will be. Too many people regret waiting too long. In a recent post Julie Shockley, married at 22, said, "At a young age I met one of the good ones. Not a creeper, not a liar, not a player, not a loser. We dated for three years. According to [some] rules of how my twenties should be spent, I should ... what exactly? Break up with a person who treats me well, makes me laugh, has intelligence and ambition, who has the same values as I do - I should do this so I can date around? ... .[Why would I] break up with a good man so I could go search for a man just like him?"

When you find the right person, get married. Don't wait just because society says the early 20s is too young. Date that person for a reasonable time, then jump in and prove them wrong. That's what we did.

In an article by Lois M. Collins, she reported that Jason S. Carroll, associate director of the School of Family Life at Brigham Young University and a senior fellow at the RELATE Institute quoted studies on marital age satisfaction. She wrote that his findings were, "Those in their late 20s and beyond 'don't appear to be any happier or to have better marriages.' One noted study of five data sets found the greatest likelihood of an intact marriage of highest quality was among those who marry between 22 and 25.

"'What I think has happened is we are very aware of the risks of teenage marriage.' So people have interpreted that to mean older is always better - 'that if 22 is better than 18, 26 is better than 22 and 30 is better than 26,' Carroll said. It doesn't hold up, and at those points, age is not the primary issue in what will blow up a marriage.

"It is much more about life choices, values, level of personal responsibility, etc." Carroll said. "We would be much better off helping our young people understand what makes up healthy relationships than just setting up an arbitrary age."

In the end we need to educate our children on the importance of dating good, decent people who will be good spouses. Let them know that married life can be beautiful and fulfilling, and that it should be pursued, not delayed until your career is set and your problems all worked out. The blessing of marriage is finding someone to travel that road with. Educate them on the studies that show the early 20s is the best time for marriage. 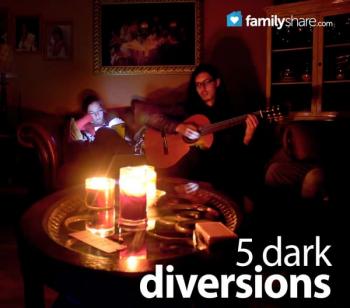