What your wife ‘really’ wants

Ever heard the old adage, "happy wife, happy life?" Here's how to make sure you have both.

This article was originally published in the Gwinnett Daily Post. It has been reprinted here, with permission.

A couple months ago, I wrote a column aimed at married women, entitled "What your husband really wants." This time around, in the interest of fairness, balance and gender equity, I'd like to address husbands.

Guys, you might think you have no idea what your wife really wants, but I'm here to tell you that it's not that difficult to figure out. Assuming you've married a good woman who is committed to her marriage, she wants what every other good woman wants:

She wants to feel secure

I'm not necessarily talking here about financial security. Many women these days are perfectly capable of taking care of themselves financially.

However, if your wife is one of those women who has chosen to forgo her career in order to stay home and raise children, then she both needs and deserves your financial support. She wants a husband who works hard to provide for his family, who handles money responsibly and who sacrifices his own desires - like maybe a new Camaro - for the good of the family.

Beyond that, whether she works outside the home or not, your wife wants to feel secure in your relationship. You'll find that she's willing to make great sacrifices of her own as long as she feels like the two of you are a team, working together toward common goals (financial and otherwise), facing and overcoming obstacles together.

She wants to feel special

The bane of every long-term marriage is "everydayness." We all get so bogged down in the daily details of just living that sometimes we forget to step back and appreciate what we have.

Your wife wants you to see her as a person, not merely a feature of the landscape. She wants you to tell her that she's beautiful, that's she's smart, that she's a good woman and a wonderful wife and that you love her just the way she is.

You might think she already knows all these things, but trust me - she probably doesn't. And even if she does, she still needs to hear you say them because there are plenty of days she doesn't really believe them herself.

She wants to be an equal partner

Obviously, you and your wife will not agree on everything. Sometimes she will prevail, sometimes you will and sometimes the two of you will reach a workable compromise.

Whatever the outcome, what your wife really wants is to feel that she is being taken seriously, that her input is valued and carefully weighed and that, ultimately, she has equal say in the decision-making process. Nothing angers an intelligent woman - and rightly so - more than feeling like she's being ignored or patronized.

Being partners also means, by the way, that you must share her burdens: childcare, housekeeping, taxi duty. If you think your job ends at earning a paycheck, you are not an equal partner and, eventually, might not be a partner at all.

She wants you to have a backbone

Few things are more inimical to a healthy relationship than a wishy-washy husband who won't stand up for himself or what he believes - even if the person he's standing up to is, on occasion, his wife.

It's a wise man who puts his wife's happiness ahead of winning an argument. But there will be times, however rare, when you're in the right, and your wife will not thank you in the long run for caving merely because you fear her wrath.

She also expects you to stand up for her and take her side in disputes with others, including the kids. A husband who does not have his wife's back eventually won't have the rest of her, either.

She wants your attention

As I mentioned above, your wife wants you to take her seriously when she has suggestions or ideas. She wants you to really listen and not just pretend to listen.

But she also wants you to pay attention to her in the sense that you stop what you're doing and really tune in to her. Put down the newspaper, shut off your cell phone, close your laptop, turn off the TV and give her your undivided attention for at least 10-15 minutes every day.

Occasionally, she needs even more of your attention than that. Take her out to eat and linger over the meal. Go for a walk. Take advantage of a long car ride just to be together. Few things make a married woman feel better about herself than knowing how much her husband values spending time with her.

She wants a little "me time."

In addition to wanting to spend time with you, your wife also wants some time for herself, time she can spend exercising, being with girlfriends or just taking a long, hot (and uninterrupted) bath.

You might not be able to provide this kind of time for her every day - although you can probably give her at least a few minutes. But you need to make sure she has adequate "me time" on a regular basis, at least several times per week.

That might mean you need to take responsibility for the kids (remember, you're not "babysitting" because they're your kids too). Fix dinner, clean the kitchen, do the laundry, whatever, while your wife takes a little time off. This will help preserve not only her sanity but also, quite possibly, your marriage.

She wants to be your "one and only."

Finally, a good woman who is faithful to her husband and her vows wants, needs and deserves a man who is just as faithful. That means she wants to be not just the most important woman in your life but the only woman of any real importance, excluding daughters and, perhaps, your mom (although, she wants to be more important than your mom, too).

This includes, by the way, women that you don't even know - by which I'm referring to women on a screen and, particularly, unclothed women on a screen. Nothing except actual infidelity is as destructive to a marriage, and to a woman's self-image, than a husband's pornography habit.

Your wife also wants and expects to be more important than your male friends. When the traditional Christian wedding vows speak of "forsaking all others," that is precisely what they mean: all others, including your childhood best buds, your ex-girlfriends and people at work.

There are no truer words than the old saw, "happy wife, happy life." Here's hoping I've provided a blueprint for making your married life, and thus your entire life, just a little happier. 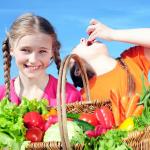