Who should really pay for the date?

Hint: It's Not Who You Think It Is.

Dating is a struggle. Isn't it awkward enough going out with someone you hardly know without worrying about who is responsible for paying the bill? So much is going through your head already that by the time the check comes, you can't help but panic.

Is he going to pay? Should he pay? You have a couple bucks in your wallet that you could pitch in. Oh he's giving you a look. Is he trying to tell you to contribute to the bill? Or should you just pay the whole thing? That shows you're really into him, right? But wait, he's pulling out his credit card. Now's your chance to say something-but he's already given his card to the waiter. Maybe you can pay the tip?

Once the date is over and you're home, you re-think everything. What did that look really mean? Is he into you because he paid for the dinner? Insert long-and-frustrated-groan here.

Let me put your anxiety to rest. Here's who should really pay for the date:

If a guy asks a girl out on a date, the general rule of thumb is that he's supposed to pay for the date. If the guy splits the tab with the girl, she'll likely think he isn't that into her or they're "just friends". To avoid this, the guy should pay for the first date (at the very least) not only to be chivalrous but to show interest in the girl.

In some cases, the girl may offer to pay for the date. This is a nice gesture, but it is the guy's responsibility. The guy initiated the date so by paying, he shows the girl that he wants to spend money on her.

A girl, however, may be persistent about paying or at least chipping in a bit of money. In this case, let the girl pay! She wants to show her date that she is independent and doesn't owe him anything.

Scenario #2 - If the girl asks the guy

In this scenario, the idea is the same but reversed. If the girl asks the guy out it then becomes her responsibility to pay for the date. However, we live in a society where men (in general) are taught to pay for the date, no matter who initiated it. In this case, the girl can pay in full or the guy can offer to split the check or pay for entire thing.

Depending on the situation, if the guy is very interested in the girl, it's a nice gesture to offer to pay for the date even if the girl asked him out. Girls love it when guys do this and guys are impressed by girls who offer to pay because it shows they care.

For casual dates early in the relationship, the guy is still expected to pay. But it would be nice if the girl chipped in a bit. This shows that both people are interested, and that the girl isn't expecting him to pay to win over her love.

The great thing about casual dates is they don't need to be expensive. There are plenty of dates to go on that cost little to nothing and are loads of fun.

Scenario #4 - Months into the relationship

A lot can happen several months of dating (or even several months or years into a marriage!). When it comes to paying for dates at this stage, things get more complicated. If a girl's boyfriend is still paying for every single date, he will start to feel taken advantage of.

If the girl isn't contributing to dates or simply not offering to contribute, it sends the wrong message. The lack of gesture shows that she isn't invested in the relationship enough to offer to pay for things and she simply likes having the guy around because he buys her things. It's better for a girl to at least offer to pay so then the guy can deny or accept her offer. More often than not, he'll pay out of love for her. Otherwise, he will gladly accept the girl's offer for as much as she can or is willing to contribute.

Let's face it: dating isn't easy. If both the guy and the girl come ready to pay for the date there will be much less stress in the long run. One way or another, the date is going to be paid for, social constructs or not. 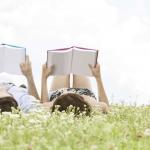