Being on the Same "Religious Page" May Be the Best Thing You Can Do For Your Marriage. Here's Why.

It's a popular adage: "the couple that prays together stays together." But is it true? Turns out, research shows that couples who share the same religious affiliation and participate in faith-promoting activities together do have lower divorce rates. The United States divorce rate for the general population is currently around 40 percent, after steadying from a high point in the 1980s; however, a 2006 study of American Christians found that the average divorce rate among actively participating Christians was lower, usually between 21 and 34 percent, depending on denomination. The same study also found that the divorce rate for Jewish couples was around 30 percent.

It's undeniable that religion does play a large part in maintaining marriage, so the question then becomes why. Why do churchgoers have more successful marriages? Here are four possible reasons.

In healthy religious relationships, couples allow God partnership in their marriages. This accountability to God gives couples a greater sense that their union is divinely ordained. It also provides an appropriate outside party for relief when times get tough - which they inevitably will over the span of a long marriage.

When couples pray over decisions impacting their families and futures, it takes some pressure off if they consider outside counsel from God. Instead of one spouse taking all the credit or all the blame for a life choice, both spouses rest assured, knowing they are doing the will of God and not merely advocating for their own desires.

Couples who spend time together in shared interests are happier in their marriages, and this time spent together can include religious activities. Scripture study, couple's prayer and church attendance are unifying activities, giving both spouses a sense of shared purpose and direction.

It also helps that almost all religious couples see faith related activities as pro-social. As a couple, spending time bettering yourselves and your community trickles down into feeling better about your relationship.

Many churches offer premarital and marriage counseling to congregants which is a huge predictor of marital success. Counseling before marriage allows couples to enter their unions with open eyes and with solid game plans for married life. Common causes for divorce, such as finances and child rearing, receive discussion and agreement before ever saying, "I do."

Also, when hard times hit, access to marriage counseling with trained clergy members can mean the difference between making it work and dissolving the relationship. Even less formal religious influences, such as seeing positive role models and having an anti-divorce social circle, often influence couples to stick it out during difficulties.

At the heart of most religious dogma is the belief that suffering is a pathway to personal fortitude. Many religious people see trial not as a catastrophe but rather as an opportunity for growth. With this world view, many religious couples are willing to work through their problems instead of divorcing to maintain their personal happiness.

Since most scriptural traditions teach that mortality is a time of trial, religious couples are accepting of the occasional bump in the road and willing to work toward solutions. This long-term view of marriage gives couples hope in a better tomorrow for both themselves and their relationship.

Whatever your reason for practicing religion with your spouse, know that it's a powerful tool in strengthening and maintaining your marriage. Relying on your religious leaders in times of hardship and allowing God active participation in your relationship keeps you on the path of wedded bliss. 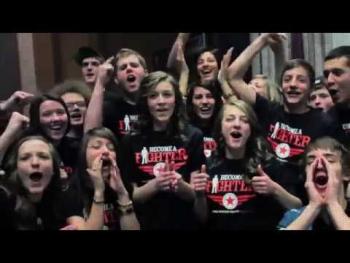