Why do happy marriages end in divorce?

Is Your Happy, Low-Conflict Marriage Heading For Divorce?

Have you personally experienced a divorce, or seen other seemingly happy marriages end in divorce? Did it come as a shock?

There's something odd about divorce statistics recently. The majority of divorces happen in marriages where the partners describe the marriage as happy with low conflict.

This doesn't even make sense.

According to a Family Studies article, divorce statistics in the United Kingdom show some interesting results: Only 9 percent of divorces were from "high-conflict" marriages - those with unhappiness and plenty of fighting. Thirty-one percent of divorces claimed "unhappy couples" - unhappiness with little or no quarreling. The biggest percentage — 60 percent — of divorces came from the "low-conflict" couples — otherwise happy marriages with little to no fighting.

The marriages that were unhappy and full of conflict seem like the obvious candidates for divorce. So, what happened in these happy, low- or no-conflict marriages? Why do these divorces strike out of the blue?

"For some of these spouses, divorce will be a genuine bolt from the blue. One person is deeply unhappy and the other hasn't a clue ... Or maybe one person is having an affair and the other doesn't see it coming. The ignorance of one spouse in an asymmetric marriage can certainly explain part of the 60 percent who are low-conflict divorces.

"But this doesn't feel anywhere like an adequate explanation. [Possible] explanations for the happy divorcees were down to a decline in the idea of marriage as a permanent lifetime commitment, changing norms about sticking with a difficult relationship, and a consumer attitude that now extends to marriage," the article states.

For the happy, low-conflict marriages, divorce can come as a huge shock, either to the spouse that didn't see it coming, unsuspecting family and friends or worse, to any children the couple has. "Out-of-the-blue" divorces are more damaging to children because there is no warning. It's a shock and upsets their sense of security and the foundation they have been raised with up to that point.

If most couples who are heading for divorce look similar to the couples that stay together, perhaps these low-conflict, happy marriage divorces are preventable. If there really isn't a reason for the divorce in the first place, maybe all that is needed is a change in attitude toward commitment and staying married.

We live in a disposable society where we willingly submit to calling it quits rather than making our marriage work, fixing and improving it or working hard to maintain love, happiness and unity. We need to be more willing to work together and less willing to give up on our marriage relationship.

It would seem most divorces are preventable. Decide with your spouse now to stick together through both easy and difficult times. Do things that strengthen your relationship and love for each other. If we become complacent, it's easy to take a happy marriage for granted and succumb to a preventable divorce. Marriage is not just a relationship; it's a committment to work together to make that relationship last a lifetime. 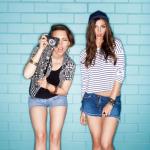 Why You Should Be Concerned About Your Daughter's…