Why Do Some Women Have Affairs With Married Men?

Infidelity is Serious Business. Here Are Some of the Reasons Why People Cheat.

Unfortunately, it's not a mystery that some women have affairs with married men. The hurt that accompanies such a betrayal is heart wrenching, and often comes with thousands of questions: Why would someone want to destroy a marriage? What kind of person would do this to my family?

Although the married man is also guilty of infidelity, there are some personality traits that are common among mistresses:

For some women, attracting a married man's attention is considered an achievement. Having an affair demonstrates that she's "still got it," and it feeds her low self-esteem and boosts her self-confidence. Even though it's wrong, it makes her feel good about herself. She was able to "steal" the affection of someone who is already is married and committed to a wife. Although she might seem confident, she is motivated by insecurity and fear.

Sleeping with a married man also has to do with power. Being with someone who already has a wife and child puts her in control. A mistress's power trumps promises of loyalty and fidelity, which only fuels her dominance. She knows that her lover wouldn't dare reveal that he's been cheating on his wife, giving her total control over the situation.

Another reason that some women have affairs with married men has to do with the type of relationship she wants. She is not looking for marriage and a family, and a lover can give her that. Because he already has a wife and family, she knows she can have a relationship without those commitments and responsibilities.

It sounds silly, but the risk of having an affair is also an enticing factor. There's a level of mystery that makes the situation seem appealing. The idea that you have to keep it all a secret creates a rush that attracts certain women.

A mature married man is usually financially stable. He has a job to support his family, so a woman who is having an affair with him knows he can also give her what she wants. Unlike some single bachelors, he is able to support her.

Affairs are destructive. Women who are looking for this type of relationship, or have been involved in an affair, I have something to say: Stop it right now. Value yourself and choose to love yourself. Search for a relationship you deserve, one where you are truly loved and not used as a weekend getaway. Work on your self-esteem and security.

Long-term, this affair will cause you, your lover, his family and countless others so much pain and loneliness. Search for true happiness, not a relationship that is fleeting and destructive. Having an affair will only bring you regret, enemies and lifelong problems.

This is an adaptation and translation of the original article "Por qué algunas mujeres buscan relaciones con hombres casados?" It has been republished here with permission.

I am a psychologist focused on working with communities, children and adolescents at risk.
nextarticle 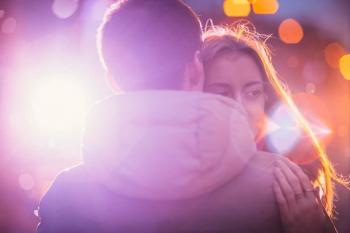 6 Ways to Affair-Proof Your Marriage