What This Fox Host Said Caused Quite the Controversy, But is She Wrong in Her Thinking?

When did it become wrong to show kindness to your husband?

Because apparently, it's a major issue.

She remarked, "Why not? I support this. This isn't transporting women back to the 1950s. It's just kindness. And look, if I'm hungry, I'd expect him to make me a sandwich."

Knowing full-well that her commentary would be attacked and highly criticized, she went on to explain, "...'What's the alternative?' I mean, ladies, if you want to fight with me all day and be against the side of kindness and respect for the one that you love, that's a fight I'll have all day long."

Since the clip aired, Tantaros has received various reactions — many negative — claiming that her advice is harmful to women.

Why did this simple advice cause such a stir? Because the narrative around marriage has drastically changed over the past few decades into reprimanding women who make their husbands a priority.

If the comments I see on Facebook about putting your husband first are a reflection of society's so-called "progressive" views about marriage, then we're in trouble.

The most common theme I see is this: "Husbands are replaceable. Children aren't."

It's heartbreaking to think that people feel their spouses are disposable - if something isn't quite what they want, then it's completely acceptable to throw them away.

People are remarkably quick to pull out their stakes and yell, "anti-feminist" at anything that seems even vaguely subservient to men.

Being nice and doing something helpful for your husband is not subservient - it's just being kind. If he's abusive and demands it, then that it's a serious problem, but it's a different issue. A man like that is scum. No woman should have to put up with that. But if he's hungry, and you're doing it to show him love, then how is that a bad thing? Wouldn't you want him to do the same for you?

So while some media outlets might be screaming out against FOX and honing in unnecessarily on sandwich making — Ms. Tantaros's suggestion to "be nice to your spouse" isn't awful advice. It's probably the one thing that marriages need more now than ever.

If both husbands and wives treated each other with a little bit more respect and kindness, I think we'd see a lot less failures. 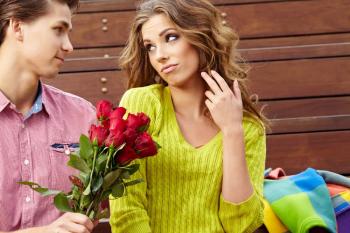 12 Things Women Say Vs. What They Actually…