Why you should never stop being your husband’s girlfriend

When you were dating your husband, you probably put a lot of time and effort into that relationship.

You probably went out of your way to spend time with him, make him special meals, put in a little extra effort in your dress and style, etc.

Now you've been married for a little while and some of those things have taken a back burner to everyday life. You both have different responsibilities and stresses, so you assume the other knows how you feel without having to show it.

Although this is a great stage to be at, there is something to be said about the way you acted when you were your husband's girlfriend, verses now as his wife.

And the reality is you should never stop being your husband's girlfriend.

No, this doesn't mean you have to spend all your time with him and put on makeup immediately when you wake up, but there are some principles to take away from those earlier days of your relationship that will remind your husband why he wanted you forever in the first place.

Remember when you used to text each other all of the time? Like literally you would wake up in the morning and text him and he would text you? What you also probably remember is that twitter pated feeling of happiness knowing that although you weren't waking up next to each other, you were thinking about each other.

It's a good idea to text your husband throughout the day, and not just with a grocery list or reminding him to pick up the kids, but sending a thoughtful or flirty text to remind him how much you love him and can't wait to see him.

Tell him how you think he's handsome and that his kisses are the best thing ever. He'll love being flirted with and be that much happier to see you.

One of my favorite things that my husband and I did when we were dating was having deep and intense conversations on a variety of topics. We would take a walk or sit in my apartment and just talk for an extended period of time.

I think this is something that married couples just don't do often enough because they are so caught up in their busy lives that when they see each other they are too exhausted to talk about anything deep or controversial.

Take the time to talk to your husband, and I mean really talk. Have a night or time where you don't talk about kids or work but instead, talk about your hopes and dreams, if you could travel anywhere where would you go, what movie star are you dying to meet, etc.

Put in some work

Sometimes at a certain point in marriage both the husband and the wife can begin to coast in their relationship; neither one thinks they need to put in any extra work.

But the reality is marriage is always work, and the relationship you have with your husband needs work as well. This work doesn't have to be big or drastic; it can be simple things that you would have done just normally when you were dating. Take the cruise control off.

When you do get the chance to go out take the time to dress up; remind him how gorgeous his wife is! Do the things that he wants to do even if it's an activity you are not so fond of. Hang out with some friends, or go on a crazy adventure.

You will never stop being your husband's girlfriend, and you never should stop wanting to be! Rekindle the romance that caught your heart with the man who you gave it to: your forever boyfriend. 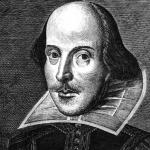 Here Are 9 Ways Shakespeare Was Right About…