10 Foods You Shouldn’t Keep in the Fridge (Some, For the Sake of Your Health)

Here's What Happens When You Put These 10 Foods in the Fridge.

My grandmother put everything in the refrigerator. She thought putting it in the refrigerator meant that it would last longer. But science doesn't think the same thing. Some foods undergo changes after being refrigerated and are harmful if consumed. Watch where and how you are storing these 10 foods:

Eggs can go in the fridge, but never in the door. The cold helps the eggs stay fresh for longer but you put them in the door, they run the risk of temperature fluctuation; this can cause them to spoil. So the best place for eggs is as far back as you can get on a shelf in the fridge, where they will stay consistently chilly.

Tomatoes will lose their flavor and get all grainy in the low temperatures of the refrigerator. The cold also stops their ripening process. According to Harold McGee, a famed chef, the refrigerator's temperature breaks down the membrane inside the tomato and turns it into a gritty texture. Keep these beauties in a bowl on your counter instead.

This delicious aromatic herb goes bad quickly in the fridge and absorbs odors from other foods that overpower its own flavor, making useless when you want to whip up some Italian food later in the week.

To preserve the herb as long as possible, store it in a glass with water - as if they were flowers.

When you keep potatoes in the refrigerator, the low temperatures quickly turn the starch into sugar, or even a potentially dangerous chemical. Instead of the fridge, use a paper bag (don't use plastic) to prevent rotting. Place them in a dark and cold place at room temperature, or the coolest place you can find (like a garage or cellar).

If you put onions in the fridge, you will risk making everything around them smell and taste like onions. Also, the moisture in the fridge will soften and mold the onion.

You store them outside of the fridge, but not with the potatoes. Putting the two together could cause them to spoil faster, due to the gas these veggies emit.

Garlic will mold very quickly in the fridge. Just like onions, store the garlic away from the fridge and other produce.

The cold in the refrigerator causes the bread to dry out quickly. The best place to store bread is in the freezer (wrapped to retain its moisture) or on the counter.

Bananas, pineapple, mango, papaya and other tropical fruits aren't able to withstand low temperatures due to their tropical origins. While they are whole, keep them out on the counter. Cut up, they can last in the fridge for 2-4 days.

Honey's high sugar content allows it to last practically forever inside a tightly closed container and doesn't need to be refrigerated. When chilled, honey will crystallize and become hard in the refrigerator making it very difficult to use.

This article was adapted and translated from the original, "10 alimentos que no debes guardar en la nevera (algunos, por el bien de tu salud)." It was originally published on familias.com. 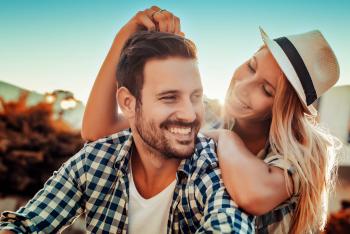 5 Ways to Know Your Love Will Last…