Here Are 15 Things You Swore You Would Never Get Rid of But Now It is Time to Let Go.

Editor's note: This article was originally published on Jenni Schoenberger's blog, Mama Plus One. It has been republished here with permission.

We've all seen those extreme cases on "Hoarders," or at least have the vaguest concept of hoarding- houses packed to the rafters, barely a footpath through. But we aren't really like that, right? Just because there's a bit of unwashed laundry, or a few extra sentimental items lying around, we're not actually hoarding, are we?

Well, according to my mother, who we all joke doesn't have a sentimental bone in her body because she's ruthless when it comes to clearing out clutter, we are. Definite, complete, total hoarders. Semi-neat hoarders, but hoarders nonetheless. So, I'm taking a page from my mother's book (hopefully) and I'm giving you permission to part with those things you swore you couldn't let go of, but maybe, with some careful guidance, you could actually say goodbye to today. And yes, this post is talking to me as much as it is to my readers; after all, I couldn't have come up with 15 items for you to purge if I didn't do a little cleaning up myself.

So grab three boxes and label them Trash, Sell and Donate, and let's get purging. Ready?

Seriously. It's been a decade since you went to Prom. I know you carefully preserved it and put it in your memory box, but why are you still holding onto this? It's literally just dead flowers. This one is fit for the trash.

2. That pair of jeans you SWEAR you're going to fit into in six months

Yeah, the one that you'll be back in after this diet. Or that diet after that one. Or the diet four diets from now. Unless they fit you right this minute, donate them. Someone else can use them. In the meantime, buy a pair that fits and makes you feel awesome and when you're that size again, buy a new pair. Styles change anyway, so you'll want something fresh.

3. The brick phone you're holding onto in case you break this one

Trust me. Just part with it. There are plenty of places that recycle old cell phones, and you really don't need the last five cell phones you have. Unless you plan on making bulletproof armor out of your old Nokias, just recycle them and call it good.

4. Those love notes from your ex

But really, I get that you're holding onto these, but if you know it's over and there's no major attachment there anymore, save your absolute favorite one and toss the rest. You don't need them.

5. The knitting needles/rainbow loom/quilting supplies for that craft you were gung-ho about, then dropped.

Sure, you were super into it for a few weeks, and then you realized that hey, you don't have time for this! If you're not keen on donating what you have left, then try selling your crafting gear and remnants online, or swap it with a friend who is over her most recent hobby, too- she can try yours, you can try hers, and you both have something new and fun to try out.

6. Movie ticket stubs from that feature ages ago

7. That shirt you bought at that concert for that band you loved in college

I get it, we all have shirts that have seen better days (and bands we liked before they sucked, you hipster, you!), but seriously " if you're not still into the band and if the shirt doesn't have a super special memory attached (again, something crazy like a first date with the hubs or labor), donate it. Or, if it's in concert-condition, just trash it.

8. The charger cord to your old laptop

You're not using it anymore. I promise you won't need it. Most likely, the newest version of that same laptop uses a different charger, and chargers are like $5 on Amazon anyway. Just recycle it or dispose of it properly.

9. The almost-dried up bottle of last year's nail polish color you had to have

You know the one, that bright pop that you needed before vacation or that moody hue that was perfect for fall, but you're completely over it now (or you used it so much that there's not even enough for a full manicure left) " just toss it already!

10. The book you already read but weren't ready to part with, or worse, the book you were going to read and never got around to.

If you've read it awhile ago and are pretty sure you're not actually going to read it again, donate it or take it up to half price books. If you didn't read it, even though you swore you would because the reviews or Target or Oprah or someone said it was oh-so-amazing, either read it and sell/donate it, or just go ahead and get it off of your shelf without reading it. We've all bought those impulse books that we haven't read. Just gift it to a friend, donate it, and move on.

If you're a mom, I know you've got an emergency chocolate bar hidden somewhere. But you know you've had one that you've hidden long enough that it's just not quite good anymore, and you have yet to replace it? Toss the old one, then treat yourself to a really delicious cup of cocoa or a new chocolate bar, and keep it where you'll eat it before it's yuck this time!

12. The extra buttons from that cute jacket ... that you donated two seasons ago

I can't be the only one who still has extra buttons in the back of my jewelry box. Those buttons to that dress you loved intensely and eventually got rid of for one reason or another? Go ahead and get rid of the buttons, too. Or make sock puppets with your kids with them, but somehow, get them out of your jewelry box, already!

Unless you have a good excuse (like my car only plays CDs because I drive a 2002), get rid of CDs! If you have a must-have song or album, rip it into your digital format of choice (mp3, duh) and give it to a friend or sell/donate it to a used store.

How many shoes have you bought because you "just had to have them" and wore once or twice and got bored with? Just ditch the old shoes you're done with- donate them, or sell them online for money for " uh " more shoes, of course!

15. That gift that you just weren't quite into

We've all been there - gotten a gift that was well-intentioned but not that great. Regift it (but not to the original giver " yikes!) or donate it for a good cause. Use caution when selling - if your friend is local and you're trying a local swap site, you may hurt some feelings.

Your turn " let me know what else you found while purging, or what else you'd add to this list, and if I have it on hand, I'll be tossing it, too! Also, were there any items on this list that you were surprised to still be holding onto? 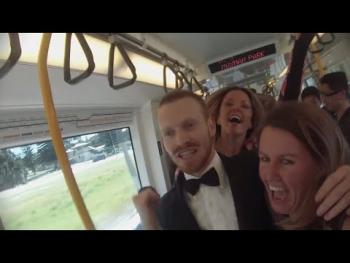 Watch What Happens When This Man Starts a…