Sometimes our habits make us believe we are doing the right thing, but in actuality, some of our traditions leave bacteria on foods that could seriously contaminate us. Keep reading and find out how to handle these foods safely for your health and that of your family.

According to the Academy of Nutrition and Diabetes, the general rule is to wash everything we consume to get rid of undesirable bacteria. However, there are some foods that you should keep as far away as you can from the faucet.

Nothing to see here, just chicken with a simple oil, garlic, ground bay leaf and dried lemon salt rub (and a quarter of a lemon inside each), about to go into the oven yesterday evening for dinner. #dippingmytoes #dippingmytoesinthekitchen #food #rawchicken #cookingfromscratch #rusticfood #chicken #ovenbound

Most people think they should wash chicken before cooking it to get rid of the bacteria that may be present, but this is a totally wrong practice.

When you put the chicken under the tap or in water, it pollutes that water with the bacteria that lives in raw meat. These bacteria, which are invisible to the human eye, are now out of control on the counter, on the table and wherever else that water splashed.

One of the most common bacteria in chicken is salmonella, which is responsible for making children especially sick. According to WebMD thisbacteria may present itself in your children with symptoms including diarrhea, fever, and abdominal cramps. This disease occurs between 12 and 72 hours after the infection has occurred (meaning, when the person has been exposed to the bacteria), and the illness lasts between 4 and 7 days.

Bacteria that lives in chicken can be destroyed by cooking it at a temperature of 165 degrees F. According to published studies, 47 percent of people who wash chicken are affected with this infection.

When eggs are processed before you buy them, they are covered with a protective layer (it's not harmful to your health) that isolates the bacteria and prevents them from contaminating other foods.

You should never wash eggs after they have been bought and before cooking, because you will remove the protective layer.

Like chicken, washing the raw fish won't eliminate the bacteria, but it could provide a way for it to easily spread to other surfaces.

I cried last night....when I first decided to do a food drive for this year's holiday party I thought we would donate around 200 cans. Thanks to the generosity of my family and friends we surpassed that number by A LOT!! Helping others is what we were put on this earth to do. #givingback #cannedfood #fooddrive #happyholidays

You should never open a can without first washing it. The lid is specially designed to prevent any bacteria that are present from coming into contact with what you are about to eat.

It is also important to rinse what is inside the can to get rid of the preservatives that were use in the processing.

Fruits and vegetables with edible peels

Always, without exception, wash all fruits and vegetables with edible peels. You should wash them with cold water just before eating them. Some people wash them with soap as well, but this is not good because the porous surface of the fruit or vegetable will absorb parts of the soap, and that's not healthy.

If you want to reduce even more bacteria, use a paper towel to dry your produce before eating it. Even if your produce is labeled organic, it does not mean you should not wash it before eating. Also, the water spray grocery stores use to keep produce fresh longer doesn't count as washing!

Fruits and Vegetables with NON-edible peels

Bananas, watermelon, lemons, oranges, etc., have non-edible peels, however, bacteria can be transferred to the inside the fruit or the vegetable when you slice through the peel if it has not been washed first. 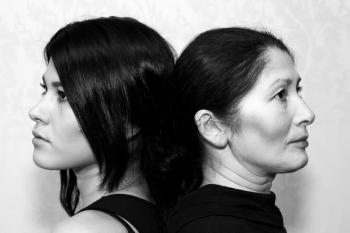 5 Things a Stepmother Should Never Do to…