3 Tips For Dealing With Dementia

Dealing With Dementia is a Trying Task. It Takes an Emotional Toll on Us, Particularly if We Are Caring For a Close Family Member.

Dementia is a cruel medical condition that can manifest itself in a number of ways. Understanding the "why" and "what" of the disorder is essential in knowing the "how to deal."

It is not an actual disease, but rather an umbrella term that covers a variety of symptoms, including loss of memory, inability to reason and change in personality. It is most closely associated with Alzheimer's disease, but can also be caused by brain injury or other diseases.

Victims of this condition may suffer intermittently, having moments of lucidity and clarity that might lead you to believe they are getting better. They are generally short-lived and should be used to express love and care for the patient.

Because of the loss of reasoning, all the discussion in the world will not change their behavior. They are simply no longer in control. Here are some of the symptoms and ways to deal with them.

Even the sweetest, most loving person can become wildly aggressive, lashing out verbally or even physically at their caretakers. These outbursts can stem from pain, confusion or change of routine or surroundings. "A lot of times aggression is coming from pure fear," says Tresa Mariotto, Family Ambassador at Silverado Senior Living in Bellingham, WA. "People with dementia are more apt to hit, kick, or bite" in response to feeling helpless or afraid. What you must not do is try to force a resolution or tell them to behave. The best tact is to try to discover the catalyst for the outburst and resolve it. If they are in pain, treat the pain. If they are confused, speak softly and discuss memories. Note, however, that things they might have once enjoyed can exacerbate the problem. Hugging and touching might actually fan the flames. Just proceed with calmness and caution, paying close attention to what works and what doesn't. My grandfather worked the railroad for 51 years until they forced his retirement. Shortly after that, he suffered a stroke which left him paralyzed on the left side and unable to speak. Out of pure frustration over not being able to care for my grandmother, he would lash out at her because she was now the caretaker. He had always been a gentle man, but this was more than he could stand, and he acted out.

We've almost all experienced an elderly person calling us by the wrong name, and speaking to us of things of which we have no clue. This is a very common symptom of dementia. The patient goes back to a different time and place. The people around them become the people they loved and cared for in that other life. This is simply a way to get control over their lives. They revert to when they felt most in control. Trying to tell them otherwise serves no purpose except to cause further distress and confusion. "Therapeutic lying" is the best route. Do your best to fill the role you've been assigned and go along with the story. In cases where the patient is living somewhere they don't want to be, whether your home or a facility, and they ask repeatedly to leave and go home, try one of two options. Change the subject and go for a walk, get a snack, work a jigsaw puzzle or turn on the television. The other option is to tell a white lie, such as, "We can't leave tonight. The weather is too bad," or "traffic is awful." The goal here is to make them feel safe and comfortable. When my grandmother, Rosetta, was suffering, she would call me down to her bed in the middle of the night and scream, "The pigs are getting out of the yard! We have to get them back in!" I would comfort her and tell her I was on the job. I would then go out the front door and spend a few minutes outside. When I returned, I assured her that the pigs were back in the pen, and all was well. Satisfied, she would go back to sleep until the next exodus.

With the deterioration of brain cells, important links and controls can suffer. You may find yourself accused of stealing from the patient. They may begin to hoard. They might forget things like eating and bathing. This is where you pitch in and take over some of the tasks for them. This can be a humiliating time, and the last thing you'll want to do is cause further embarrassment. If they live with you, it is an easier task to supervise. If they are still on their own, be sure you check in frequently and keep an eye out for drastic changes in physical appearance (not using proper hygiene) and environment (messy home, hoarding). If judgment begins to lapse too much, such as going out wandering, it is probably time to consider some sort of assisted living.

This is a scary time for everyone involved, but particularly the victim. Seeing a parent, spouse or friend deteriorate is heart-breaking, but the most important thing is to make sure they are always safe and comfortable. Always seek medical advice with any concerns. Find a support group, and take good care of yourself. 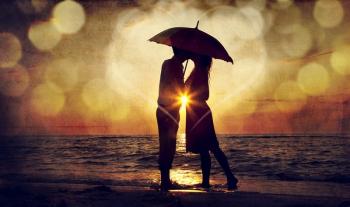 3 Tips to Keep You Out of Divorce…