Post-Partum Depression (Ppd) is One of the Most Common Complications Following Childbirth, But It's Also One of the Most Misunderstood. Here Are 5 Myths About Ppd and the Truth Behind Them.

Women have plenty to worry about during pregnancy: Will the baby be healthy? Will labor go smoothly? How well will he breastfeed? Will I ever get my old body back? It doesn't seem fair to add another worry to that list, but it's only through early detection that post-partum depression (PPD) can be adequately diagnosed and treated. Far from being a "case of the blues," PPD is a real, clinical type of depression, which a significant percentage of women face. Here are some of the most common PPD myths and why they simply aren't true.

Fact: As many as one in seven women develop PPD, according to a new study published in the Journal of the American Medical Association (JAMA) Psychiatry. But women don't always recognize the symptoms or their medical providers fail to diagnose them correctly.

"In the U.S., the vast majority of post-partum women with depression are not identified or treated even though they are at higher risk for psychiatric disorders," said Katherine L. Wisner, M.D. Wisner was lead author for the recent study. "It's a huge public health problem," she went on to say. "A woman's mental health has a profound effect on fetal development, as well as her child's physical and emotional development."

Myth 2: PPD will show up within the first couple months after childbirth.

Fact: Though it's most common for PPD to begin in the first four to six weeks following childbirth, it has also been known not to appear until many months later or even earlier during pregnancy. PPD can occur anytime in the first year of your baby's life.

Katherine Stone, an advocate for women with PPD and survivor of post-partum OCD, said that caregivers often misdiagnose women whose PPD shows up later in the first year. Another factor that can complicate diagnosis is that it can be difficult to pinpoint just when the symptoms started. Some women may not even seek help until after their child has turned one. This is why it's important for women to hold themselves accountable for reporting each new symptom as it arises. Only then can a caregiver administer the proper treatment.

Fact: There are two types of depression a woman might experience following childbirth. Baby blues is the less severe of the two and is characterized by normal anxiety, hormonal fluctuations and stress brought on by lack of sleep and changes in a woman's relationships with her spouse and other children. Baby blues occurs in the first few weeks following childbirth and goes away on its own a few weeks later.

PPD, on the other hand, may resemble baby blues in that a woman may feel stressed or sad or anxious, but the symptoms persist far longer than a couple of weeks. PPD is curable but requires professional help and possibly medication. Prompt treatment is key to relieving its symptoms quickly.

Myth 4: If you just stay positive, you won't get PPD.

Fact: In a society full of self-help books and positive reinforcement, many women have come away with the idea that if they focus on the positive side, they'll be able to prevent PPD. This isn't true, but it leads to the idea that women should be able to "get over it" on their own.

While certain things can help alleviate PPD symptoms - like getting enough sleep and reducing stress - and certain people have identifiable risk factors which help predict whether they'll get PPD, there is no sure way to prevent it.

Myth 5: Uncontrollable crying and severe sadness are the main symptoms of PPD.

Fact: While some women will definitely feel sad or cry when they have PPD, many others don't exhibit those symptoms at all. Samantha Meltzer-Brody, M.D., director of the Perinatal Psychiatry Program at the UNC Center for Women's Mood Disorders, said that more commonly, "Women with PPD usually have low mood, prominent anxiety and worry, disrupted sleep, feelings of being overwhelmed, and can also feel very guilty that they are not enjoying their experience of motherhood."

Katherine Stone pointed out other symptoms, including numbness, irritability, anger or rage, or inability to develop a bond with your baby. There is no one-size-fits-all diagnosis for PPD, which is why it's so critical for women to be open and candid with their loved ones and medical providers. Loved ones in turn have a responsibility to advocate for the new mother if it seems she isn't receiving the proper treatment.

Up Next: 10 must-know facts about postpartum depression 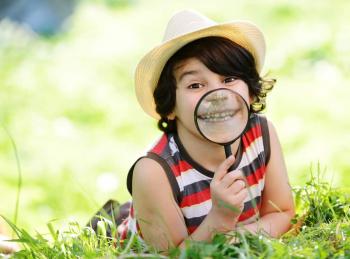 Devoting Your Time to Things That Last