If you want to be your most fertile, you need to know what you should (and shouldn't) be eating.

Okay, so indulging in a whole pint of Ben and Jerry's probably isn't going to do wonders for your fertility. In fact, eating too much full-fat dairy may have the opposite effect. However, one study showed that women who eat more than one serving of full-fat dairy are 25 percent less likely to have infertility issues than those who ate full-fat dairy only once a week. Conversely, women who ate a serving of low-fat dairy more than once a week were 85 percent more likely to have infertility problems than those who only ate it once a week. So, when you're trying to get pregnant, it may be beneficial to switch out your low-fat yogurt for the full-fat version.

When you're trying to get pregnant, it's a good time to head over to your favorite steakhouse. Foods rich in iron such as steak, shellfish and organ meats may have a positive effect on your fertility. In fact, you might want to consider taking iron supplements. A Nurses' Health Study found that women who took more than 41 milligrams of iron supplements reduced their risk of infertility by 62 percent.

To be your most fertile, it's important to care for the health of your reproductive organs and your eggs. Every day your body is attacked by free radicals that are created through outside sources like the air you breathe or internally such as by your body during energy production. To protect your body from these free radicals that damage cell structures, eat foods rich in antioxidants such as dark green veggies, nuts and berries.

Water might not be a "food" exactly, but drinking can make a difference when it comes to fertility. Water is essential to the production of cervical mucus needed for the sperm to reach the egg to fertilize it.

Fish high in omega-3 fatty acids such as salmon, tilapia, sardines and cod have been shown to increase blood flow to reproductive organs, promote ovulation, increase cervical mucous and aid hormone regulation, all of which may help you be your most fertile. If you're not a fan of fish, get your omega-3s by taking supplements or eating flaxseed, almonds, walnuts or pumpkin seeds.

While some fish have been linked to higher fertility, others can be harmful to your future baby. You probably already know that mercury is harmful to your health so it shouldn't be surprising that some studies have found a correlation between mercury intake and infertility. For this reason, avoid fish such as shark, sea bass, tuna and swordfish that tend to have high mercury levels.

Simple carbs, or foods high in carbohydrates but low in nutrients such as white rice, white breads, sugary cereals and pastries, don't do your body any favors when you're trying to conceive. When you eat lots of foods high in simple carbs, your insulin levels escalate, interfering with ovulation.

An occasional glass of wine probably won't have a great effect on your fertility. However, in excess, alcohol has been linked to conception issues. Research has shown that women who drink five or more alcoholic beverages a week have more challenges conceiving than those who don't. This is likely because alcohol consumption has been linked to a reduction in the function of adrenal glands, slowing the release of hormones. 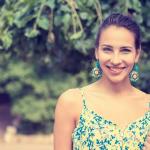