Paying off debt is daunting enough as it is, but creativity can help you to tackle it head on.

Editor's Note: A version of this article was previously published on The Wealth Gospel. It has been reprinted here with permission.

A few weeks ago, I wrote about how things are going with our debt. I was feeling pretty helpless at the time - one of those freak out moments I hope everyone who has debt goes through every now and then. Since then we've been hit by another $1,200 in medical bills from my wife's trip to the ER last month, so there was potential for more freaking out (luckily the hospital is letting us do interest-free payments, but that's still money coming out of our pockets).

But as I took some time to process my thoughts and our situation, I penned another blog post about how adversity is a stepping stone to success. So instead of just sitting back and throwing myself a pity party (none of you were invited by the way - just me), I decided to put together these five things we're going to be doing to accelerate our debt payments. And the great thing? You can do them, too.

At one time, I used Craigslist a lot but somehow got out of the habit. It came back to me when a fellow blogger created a rule for himself to list one thing every week on Craigslist. We have a lot of crap just lying around. There's my old leather briefcase I haven't used in a couple of years (still in great condition) and our old microwave that we no longer use because the last couple places we lived had one built-in (It's just been chillin' on the floor next to our front door for the last six months).

So they're posted! Who knows how much I'll get for them, but whatever I do, it's going straight to paying off debt. I don't know how happy my wife would be if I decided to start hawking off stuff every week, but we can start small.

This one will be on a monthly basis and we'll get as creative as possible. For example, maybe next month we can shave off $25-$50 from our food budget and eat a little more of the stuff we already have in the cupboards. We can also be a lot better about planning our grocery trips. Another month I could give up my $25 allowance. I've already dropped my employer's fitness center, so that's $15 per month to get the pump primed. But, like I said, I'll certainly need to get creative because I feel like we already do a pretty good job keeping our spending at a minimum. But there's always fat to trim, and it isn't too big of a deal if it's just for a month here and there.

Cut back on giving

This one cuts me deep. Instead of writing about it here, though, read my full thoughts about what this means to me over at The Broke and Beautiful Life, who questioned me about whether it's responsible to give when you're in debt. After I had gone through that whole process, we decided to work to find other ways to give that aren't necessarily monetary in nature, and we'll put the rest toward debt.

The first time I ever churned a bank account was when a local bank was giving out iPods to people who signed up for an account and left it open for six months. Easy peasy. I did it again last year for Capital One 360's Black Friday deal for $150, and right now I'm doing one at Chase for $200. I just added two more for a total of $300, all of which we'll be putting toward our debt. Once those are done, I'll move on to the next one.

I'm already pulling in between $2,000 and $2,500 a month from my freelancing, but I've decided I'm going to seek out an extra small gig or two that will be specifically for debt payments. One of them we've already targeted is $50 per month, and I'm actively searching for more. This one may end up being the hardest, because we're already pretty stretched with a lot of our expenses, so there will always be the temptation to just keep it. We aren't going to be stupid about it, but we're going to be honest with ourselves.

The battle plan for paying off debt

The rest of the plan goes like this. I'm setting up a special savings account tied to our Capital One 360 account (you can do up to 25 different targeted savings accounts, which I LOVE). Each month, I'll put whatever we earn or save from each of these plans into that account, and then at the beginning of the following month, I'll empty it all onto the loan with the highest interest rate.

If we debt snowball it and add in, say $150 per month from these efforts, we'll be done by July 2017. And hopefully over the next three years I'll be earning more from whatever I'm doing, so we can put a lot more than $150 per month toward it.

There will probably be months where we have to shift our priorities, especially with a baby coming up (and likely a lot more medical bills), but the important thing here is that we have a plan. If we don't make a plan now, I bet you a million dollars we won't do it later. Becoming debt-free is all about taking control, not waiting for things to fall into place. 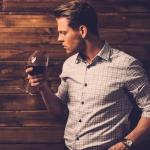 Why I'm Grateful My Husband Was an Alcoholic