Miscarriage is Difficult, Both Physically and Emotionally. Here Are Some Questions -and Answers -that May Help Smooth Your Return to Health and Happiness.

Miscarriage is difficult, both physically and emotionally. Here are some questions -and answers - that may help smooth your return to health and happiness.

What is a Miscarriage?

Miscarriage is the spontaneous termination of a pregnancy. This means that for some reason the body terminates the pregnancy on its own, or the pregnancy itself ends spontaneously. You may be surprised to know that more than one quarter of all pregnancies miscarry for one reason or another, often before the mother even realizes she was pregnant. Commonly, this happens between the fourth and sixth week, and usually before the 13th week.

How do I know if I am miscarrying?

Spotting, bleeding, and cramping are common signs. Sometimes a mother just feels "not pregnant" any more. Usually, lying down or putting the feet up will not stop the natural progression of a miscarriage.

Should I see a doctor?

Some mothers feel more secure by contacting the doctor to schedule an ultrasound to check the baby if a miscarriage is suspected. Usually an ultrasound will be able to determine if a miscarriage is indeed in process. You should definitely see a doctor if your bleeding gets heavy enough to cause weakness, dizziness or light-headedness, if you have a fever or any discharge with an odor, or if the bleeding lasts longer than a week. Normally, it's safe to take medicine such as ibuprofen to help with the pain of cramping.

How long will it take to miscarry?

The time frame varies from a single day to several days. Usually there is a day or two of spotting followed by heavier bleeding. This bleeding, similar to a period, can last up to two weeks. If it lasts longer, or if bleeding exceeds a pad or tampon per hour, contact your doctor.

Why do miscarriages occur?

Miscarriages happen for a wide variety of reasons, and most mothers never know exactly why. Often, they are due to some abnormality which nature resolves through miscarriage. Nearly always, there is nothing the mother did to cause it to happen, nor could she have prevented it.

What are the physical challenges?

Expect vaginal bleeding - sometimes more than a period, with large clots. There may be painful cramping that can range from a period-type cramping to feeling somewhat like labor contractions. Your body will be shifting from a pregnant state to a non-pregnant state, so the hormonal changes may cause you to feel not yourself.

What are the emotional challenges?

The feeling of loss is real. Some mothers feel embarrassed for feeling so shattered, telling themselves that they are behaving foolishly since there wasn't a "real" baby. This reaction is common but incorrect. You should take time to grieve for the loss, even if your baby never had the chance to grow to full term. Be kind to yourself. The emotional impact can be intense, compounded by your rapidly changing hormones. Don't be surprised by feelings of guilt, failure, or depression. These feelings are common, so prepare for them so you can heal and go on.

How can I heal?

Give yourself time. Don't be embarrassed to take time off from work if you need it. Write down your feelings, and talk about them with people you love. Don't expect to shrug it off, especially with hormone fluctuations complicating things.

When will my cycles return?

Usually, women will have a period within four to six weeks following the completion of the miscarriage.

When can we start trying again?

That's a personal decision, made between you, your partner, and your doctor. You'll probably ovulate two to four weeks after the miscarriage. Many doctors recommend you allow your body to have at least one normal period before becoming pregnant again, but in making the decision be sure you allow yourself time to heal emotionally as well as physically. Realize your hormones will have to shift once again when you become pregnant, so be prepared for that challenge. 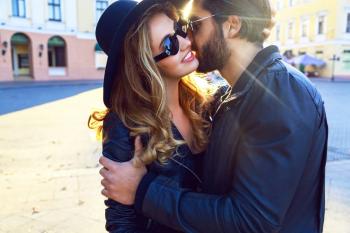 Not so Secret Ways to Show Gratitude to…