Ok.com is a Sister Company of Familyshare.com.  G, Pg, Pg-13, R - What Do Those Ratings Mean? Although Sites Like Imdb.com or Rottentomatoes.com Have Some Good Information, They Don't Always Share the Same Values as Your Family. Those Sites Come Hi

OK.com is a sister company of FamilyShare.com.

Although sites like IMDb.com or RottenTomatoes.com have some good information, they don't always share the same values as your family. Those sites come highly recommended if you want to know more about an actor or what critics from top newspapers are saying about movies, but they are not the best resource when it comes to finding age-appropriate movies for your children.

Ok.com gives families the ability to design their own personalized network of movie reviews from the people they trust. Ok.com empowers consumers to decide for themselves what is "OK" for their families, and offers a tailor-made addition to the Motion Picture Association of America's (MPAA) movie rating system. The family media guide platform leverages the wisdom of crowds, critics and friends, and provides a social movie site with an orientation toward families and children.

It's amazing what can happen when you're getting information about movies from friends and family members instead of ads. "Ok.com enables parents to make educated decisions by giving them a set of tools to connect with a trusted online community that shares their standards and criteria," said Chris Lee, a parent and strong advocate of family values.

Here is a real time example: The MPAA rating for "The King's Speech" is R, but in a beta site survey, Ok.com reviewers generally felt it was appropriate for a much younger audience than 17, and received an "OK 12+" rating. Additionally, the film's site data indicated that 92 percent of users gave it a worth your time (WYT) rating.

On the other hand, "Dinner for Schmucks" was rated PG-13 by the MPAA, but Ok.com users thought it should have been rated closer to MPAA's R, and generally gave it "OK 15+" with a 17 percent WYT rating based on the levels of "sex, nudity, violence, gore and profanity."

Ok.com is doing a Movie March Madness event and people who participate by rating and reviewing movies have a chance at winning some of over 350 prizes. Click here to enter.

Bobby Macey is a digital first guy. He has experience in content creation, marketing and sales. Occasionally you'll see him doing something crazy in a suit — like jetskiing.
nextarticle 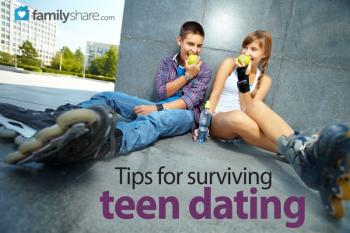