Are you guilty of giving junk to the poor?

Is charitable giving an exercise in lightening the burdens of others, or an excuse to rid our houses of stuff we don't want?

When Kristen Welch, blogger at We Are That Family, posted in October an essay called Dear World: Let's Stop Giving Our Crap to the Pooran avalanche of commentary followed. Ms. Welch's asserts that those blessed to live in rich countries should give their very best to support those less fortunate. Instead, we often use charity as an excuse to clean out all the broken, stained and unusable items in our house. While many applauded her honesty, others questioned who decides what's crap versus treasure. Should we really fill up landfills instead of donating items to charity? And, what about those of us who have little to give?

Are you guilty of giving junk?

A common theme emerged in this discussion - it doesn't matter what you give as much as your intent in giving. When we look at charity as an excuse to rid ourselves of junk or qualify for a tax write off, we're giving the mental equivalent of junk. Too many of us look down on those who need our help, incorrectly assuming that the less fortunate somehow deserve their circumstances.

If we want to give with pure intent, we need to acknowledge our place of privilege. Even the poorest family in a developed nation enjoys privilege compared to those living in real poverty in the world's poorest nations. Within our own society, there are those who, through no fault of their own, are living in less than ideal situations. Twenty to 25 percent of all homeless people suffer severe mental illness, compared with only 6 percent of the general population. Over 27 million adult Americans cannot read well enough to fill out a job application, and one in 10 elderly Americans live below the poverty line. There are so many people who defy the stereotype of the lazy person milking the welfare system.

When we get past our preconceived notions of poverty, we start to break down the barriers to helping. We can't give effectively to those we do not understand. By humanizing the recipients of our giving, we feel motivated to give our very best.

That doesn't mean you have to rush out and buy all new things to donate to the poor. It also doesn't mean that those with limited incomes can't give. Giving our best looks wildly different for each person donating to charity. If you have ample means, give things you would use. For example, if you wouldn't walk around in dirty, torn clothes, why would you expect someone else to do so? You are in a prime position to allow someone else to maintain their dignity.

If, however, you feel you have little to give, your contributions are still vital to the welfare of your community. Donating cast-offs, no matter your economic level, is better than resigning things to the landfill. There are creative people willing to take rags and repurpose them into something fantastic. The revenue generated by thrift stores allows people from all walks of life to receive services, even if the thrift stores are selling donated "junk."

Before you drop off that next load of stuff at the thrift store, take a second and check your heart. Are you donating out of love for your fellow man, or are you looking down from a place of pride? If you have animosity toward your beneficiaries, it's time to reconsider your relationship with those around you. The truth is that most of us are one major financial set back from poverty, and one job loss away from needing assistance. We're one life-changing diagnosis away from having our entire world flipped upside down.

Those "poor" people out there, they are us under slightly different circumstances. We're all in this together, and not one of us is above another. Consider how you would like to be treated if the tables were turned. Before you give, remember to treat others the way you would want treated. 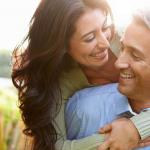