Does this happen to you, your husband or your children?

We all hate nightmares, but certain nightmares (the type we are going to talk about) aren't only unpleasant - they are actually a sign of sleep paralysis.

What is sleep paralysis?

You know those dreams where you scream and no sound comes out? Or maybe you are trapped and try to move ... but can't.

Many of us don't pay attention to these kinds of dreams, especially when they become recurrent.

According to WebMD, sleep paralysis occurs (in most cases) because your body isn't transitioning smoothly into the different phases of sleep.

Sometimes this symptom is linked to a psychiatric problem

Due to the desperation that these types of dreams produce, historically they have been linked to all sorts of things, including to the 'presence of evil beings'. Scientifically, sleep paralysis is known as "a feeling of being conscious but unable to move."

This inability to move, even when you want to, can last from a few seconds to several minutes. Some people wake up gasping for breath as if they were suffocating.

Although it's not dangerous, sleep paralysis can be crazy terrifying. Most people will experience this at least once in their life, but according to a Penn State study, those with a history of mental illness are the most likely to experience it frequently.

This only happens when you are falling asleep. As your body and your brain begin to relax you slowly lose consciousness without realizing it. However, paralyses happens when your brain realizes you can't speak or move in this "in between" stage.

This form of sleep paralysis occurs when you are already fast asleep. While you sleep, you go through various states of consciousness until you reach what is known as REM sleep (Rapid Eye Movement). This is the deepest phase of sleep, and also the phase where you dream.

According to WebMD, deep sleep (or REM) happens about 90 minutes after you fall asleep, and the first REM stage only lasts for about 10 minutes - your later REM stages get longer and can last up to an hour. In total, the average person spends 20 percent of their night's sleep in REM.

While you're in REM, your muscles are, so to speak, turned off. Hypnopompic paralysis occurs when your mind suddenly becomes aware of this before the REM cycle is over. If this happens, you'll notice that you can't move or speak (or shout).

As many as4 out of 10 people experience sleep paralysis and usually have the following factors in common:

Although these types of dreams happen to almost everyone, you should see a doctor if you're nervous about how frequent these episodes are, if you feel extremely tired during the day or if you can't sleep through the paralysis.

How is it treated?

Although it's not necessary to receive treatment, you won't want to ignore these dreams if they are frequent (because chronic lack of sleep is really unhealthy). Doctors traditionally address the underlying cause of your unrestful sleep (narcolepsy or anxiety). If you're trying to reduce the dreams yourself, try to relieve your stress before bedtime and try to get enough sleep. 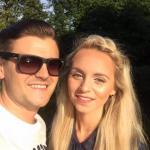 This Woman Lost 19 Years of Memory, But…