Free at Last: I Forgive You

Forgiveness Can Be Difficult, But is Necessary For the Health and Personal Growth of the Offended and the Continuation of Relationships Within Families and Friends.

Forgiveness is letting go of the feelings associated with an offense or wrongdoing against us. This doesn't absolve fault, but does free the forgiver from the chains of anger, hatred and vengeance. We all offend and are offended, so why is it sometimes difficult to forgive?

God requires us to forgive and to repent so we can seek his forgiveness for our own transgressions. Through his example at Calvary, Jesus taught us forgiveness. Despite his torture - flogging, mocking and carrying his own cross and then his hands and feet being nailed to that cross, Jesus said, "Father, forgive them; for they know not what they do." (Luke 23:34)

Many of us know this and still hold grudges against friends and family members while we quickly forgive a stranger. Why are the ones we can rely on, through the thick and thin, treated with less value than a stranger?

For many, the hardest part of forgiveness is letting go. Why do we hold onto the offense? Some fear being hurt again or feel the offender isn't repentant. Others think forgiveness forgives the hurtful act.

I will be hurt again

It's possible you'll be hurt again. No one is perfect and some purposely transgress. It's important to forgive to prevent the harmful effects of holding onto the pain, anger and need for vengeance. Not forgiving does nothing to the offender, but destroys the offended's health and family dynamics. We need to remember how we would've treated the stranger under the same circumstances and extend love and charity to our friends and family. After all, we interact with them more frequently.

The offender is unrepentant

Until we've walked in their shoes and know the circumstances of the offense, how can we concern ourselves with their status?

A friend once told me she had loaned a sizeable sum of money to her brother that went unpaid. Every conversation with him involved her demanding it back to the point neither talked to each other. Even conversations with her friends and other family members included discussions of the debt to the point they drifted away too.

When she realized this debt had consumed her life, she decided to forgive her brother whether or not he repented. With the debt in her past, she feels the joy and happiness of the lifted burden and her friends and family are back in her life.

Forgiveness doesn't need an apology from the offender. Neither does it demand a continued relationship. But it does compel us to forgive to prevent deterioration of our bodies and loss of friends and family.

I can't forgive the hurtful act

Forgiving does not condone the offense. It releases us from the chains and destruction of anger, hatred and vengeance often associated with the lack of forgiveness. It doesn't release the culprit. They have their own responsibilities to fully gain the benefits of forgiveness.

A story in the article, "Forgiveness In Families," written by Trampas J. Rowden and Sean D. Davies, graduate research assistants, told of a continuous father-son argument. Despite his mother's tears and attempt to keep her son home, he packed his bags. The last words he heard as he left were, "I know I haven't been the best father to you. I'm sorry for the pain I've caused you. I love you." He left town on a bus with his father's words ringing in his ears, "I'm sorry—-I love you." Tears soon replaced his anger and he returned home to his father sitting in a rocking chair, his face buried in his hands. The son whispered, "Dad," and they embraced. Later the son wrote, "Those last years at home were the best ones of my childhood."

Many of us dwell on the past and hold onto the feelings of guilt for our own offenses. We've said, "I'm sorry," and have been forgiven, but we don't let go. The corrosive damage of not forgiving others affects us in the same way when we don't forgive ourselves. It also has another bad side effect as stated by Boyd K. Packer, an educator and clergyman, "Preoccupation with unworthy behavior can lead to unworthy behavior." Forgive yourself before you find yourself repeating the very transgression you're kicking yourself over.

Forgiveness can be a long-term process. Be patient with yourself and continue toward your goal: freedom and family unity. 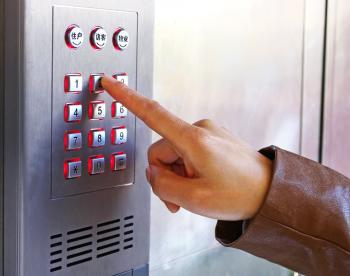 When Things Go Bump in the Night: Home…