How My Lazy Client Became a Triathlete

From Lazy to Triathlete - How is That Possible? Self-Limiting Beliefs Impact the Goals That We Set and Ultimately What We Accomplish. What Beliefs Do You Have About Yourself? Are Those Beliefs Helping or Hindering You?

I have an awesome client who, despite being generally lazy and unmotivated, was able to complete three triathlons. No, I am not exaggerating.

I am so thrilled to be his life coach and love to watch him succeed. So, let's start from the beginning...

I started working with him because he wants to start his own business in the next couple of years. His fears about success included the "fact" he is a generally lazy and unmotivated person. He explained to me he needs a fire under him or great incentives in order to stay motivated.

Immediately when I heard this, I knew what his problem was - he was human. He was so human that something had to matter to him in order for him to accomplish it. (Note the heavy sarcasm.)

So how did I, as his coach, work with him to help him complete such an incredible feat as 3 triathlons? I didn't. This is the best part. My lazy client had completed these races because they mattered to him long before I ever became his coach.

His only problem was he believed his thoughts that said he was "lazy and unmotivated." Do you believe everything you think? If so, you might want to stop doing that.

Thoughts are just that - thoughts. His thoughts about his "laziness" became a belief to him. This belief created fears and acted as a barrier to what he wanted to accomplish.

What thoughts have you chosen to believe about yourself, and how are they helping or hindering your success? How are they affecting your family life?

I hear self-limiting beliefs often from those seeking to improve their home life, such as, "I'm just not cut out to be a mom." Or "I'm just not a patient person." Just because something is challenging for you, doesn't mean that it isn't "meant to be" or that you cannot improve in any area that you want to.

Being a coach is the best job in the world because I get to help people discover what is ALREADY great about them. I don't give them what I have; together we discover what they have.

I help my clients see their mind and what is really keeping them back from what they want. We take the best parts of them and allow them to surface and be amazing.

If you are a mom, you probably base a lot of the negative beliefs about yourself on what you think you are "supposed" to be like as a mom. You are your kid's mom for a reason. It's not about being someone else - it's about being you. The best version of you to be exact.

What negative beliefs do you have about yourself that act as a barrier to what you want or who you want to be? More importantly, are you willing to CHALLENGE those beliefs? Find out if they are really true, test them, and see if there is another (more powerful) perspective.

Are you really willing to let a thought keep you from becoming a better you or from your next great achievement?

Visit this story on my site by clicking here and leave your comments - I'd love to know what self-limiting beliefs you may have, and how you plan to THINK differently.

Molly Freestone is a Life Coach focusing on motherhood, phase of life-transitions, home success, and improving relationships. She offers coach-by-phone programs and delights in watching her clients create a satisfying life. www.mollyfreestone.com
nextarticle 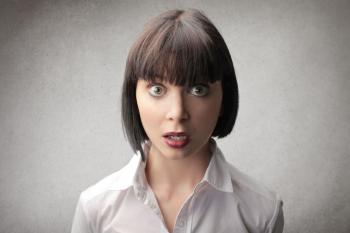 8 Stories No One Wants to Hear in…