One of the many blessings of living in the United States is democracy. Whether you feel like it or not, you have a say in many decisions. Voting is a way to voice your opinion about a matter. It is a way you can be heard about the many issues and the people you elect to office.

Sept. 24 is National Voter Registration Day. According to this holiday's website, in 2008, 6 million Americans did not vote because they did not know how to register or they missed the deadline. To ensure this doesn't happen again, organizations, groups and community members will be celebrating this holiday by reaching voters and helping them register. Here are three reasons why you should take the time to register and vote.

You may think that your vote doesn't count, but it does. There are several examples throughout U.S. history when one vote had drastic effects. For example, in 1845 the vote in the U.S. Senate was 25-27 for Texas to become a state. If one senator had voted differently, it would be a tie at 26-26 and Texas would not be asked to join the Union.

You have a say in what goes on in your communities, states and countries. You just have to take the time to say it.

2. The vote can affect you

On most ballots, you are doing more than just choosing from a list of names or saying "yes" to a proposed law or ordinance. You are helping decide your future. Many politicians have agendas that can affect your daily life such as raises in taxes, new local buildings and new laws and ordinances. When you vote for these people or these ordinances, you have a say in what will or will not affect you. It is only fair to point out that if something unpleasant passes, yet you didn't take the time to vote, you have no room to complain.

3. You can make a change

If you don't like the way things are being handled in your communities or at a higher level, you can do something about it by voting. You can protest and write letters in the newspapers, but nothing will cause more change than elections. This is one way you can help make a change. And if you are passionate about the change, become involved in campaigns, volunteer and help candidates explain their issues to the people.

Voting is much more than standing in long lines and filling out a ballot. It is about your future and what will or will not affect you. It shouldn't be taken lightly, which is why it is so important to register and vote. Don't shrug it off until the last minute and prepare yourself for the upcoming elections. 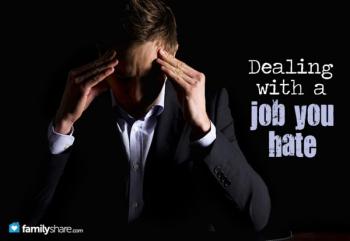 Dealing With a Job You Hate