How to Control Your Addictive Behavior

There Are Many Different Types of Addictions That Are Affected by Someone's Behavior and Emotions.

Some ways you can determine whether someone has an addictive behavior

A addicted person becomes obsessed with an object that he constantly thinks about, an activity that he repeats over and over or substance abuse whether it be drugs or alcohol.

The person seeks out and engages in behavior even though he knows it is causing harm to himself or to someone close to him.

The person compulsively engages in an activity even when she doesn't want to because she can't stop herself. When she stops this behavior, she exhibits symptoms such as irritability, cravings, restlessness and depression.

An addicted person denies he has problems with his addictive behavior and cannot stop himself or even recognize the negative effects it has on him and the people around him.

An addicted person often hides this behavior even though the people around her are aware of what she's doing and start pointing it out to her.

It is common for someone who grows up in a home where there is physical abuse or substance abuse to follow in his or her parent's footsteps and continue this pattern of behavior with a spouse or child.

Some addictive behaviors an individual may exhibit are

1. In order to break the cycle seek out support groups such as AA or Al-Anon where you can talk about your feelings among people who have similar experiences.

2. Learn how to break the cycle by learning alternative behaviors such as loving yourself as you are, not putting undue expectations on yourself and changing the way you communicate with your children or spouse without being abusive.

3. Participate in sports or active hobbies instead of going to the places where you frequent that feed into your addictions.

4. Contact a college that offers continuing education classes that you can take to improve your communication skills with your spouse or child to improve your relationship with them.

5. Attend counseling where you can learn why you respond the way you do in a given situation and how to change your behavior.

6. Attend group therapy with your family where each of you can openly talk about your feelings in a supportive environment so you can improve your relationship with one another.

Davida graduated from Armstrong Atlantic University in Savannah, GA. and is CEO of Career Performance Institute, a career & personal development company. As a "Disabled American" she has many limitations to overcome based on society's attitudes.
nextarticle 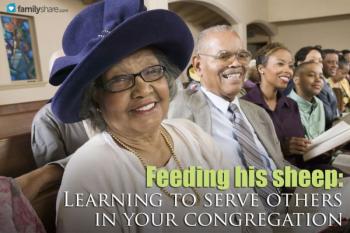 Feeding His Sheep: Learning to Serve Others in…