How to Deal With the Pressure of Being Great in 2017

How Are You Going to Tackle the New Year?

I was at the gym a few weeks ago.

It was leg day and I walked over to the leg press machine.

As soon as I walked over a man popped up out of nowhere and told me he still had 2 more sets to do.

"OK no problem, I'll just use another machine in the meantime." I said.

As I was using the cable machine to do my kickbacks, I noticed that the guy still wasn't using the machine.

He was just standing there. Six minutes had already passed by. (Not that I was timing him. OK, I was definitely timing him.)

He was just circling the machine, and by this time I was almost done with my third set.

Inside I was talking to myself.

"Why doesn't he hurry up and get the rest of his sets done? Why is he babysitting the machine? How much rest do his muscles need?!"

I had to relax, let him finish his set on his own time and move on to another machine.

When I thought about it, I could learn a ton from this guy.

He wasn't worried about finishing his set the fastest. He was going to take his time and finish on his own terms.

As January approaches, it's so easy to feel like you must have every goal figured out.

I know you've seen the posts:

There's so much pressure to be great in 2017

I was on a mastermind call with a few of my entrepreneur friends and we all agree that's there's so much pressure put on us to have it all figured out.

In 2016 we've been grinding, hustling, goal setting and creating, and now it's time to gear up and get ready for another race in 2017, after we've barely had time to recover from our last race.

My friend Bran said it best:

I love this. If you've been working hard in 2016, eventually your blessings are going to come.

It's easy to be excited about your January goals if you've been slacking in 2016. But if you've already been on your grind, you may feel like you just need time to recharge and that's OK.

It's OK to not be on all the time, to not always be promoting, to have a time of reflection, a time of clarity, a time with your thoughts, a time to learn, a time to heal and a time to grow.

A time to not know what's next, but trusting that this time is still valuable time and that the answers will come.

That's where I feel like I am. My prayers lately have been about asking God to give me clarity, guide my steps, his will not my own and still being thankful in the process.

Thanking him that even though it may not feel like he's working, I know that he is still with me. He is working things out behind the scenes on my behalf and I will still trust him no matter what.

We can all learn from this random man at the gym. Stop rushing. Stop focusing so much on who's next in line, on who's looking, on who else is winning and on the go, and who's waiting on you to finish.

Take your time, think, and enjoy the process.

Editor's note: This article was originally published on Young Yet Wise. It has been republished here with permission.

Candice Marie is passionate about helping people take control of their finances. She started the blog Young Yet Wise as a way to document her own money journey, as a result she's managed to bring her net worth from the negatives into the positives and wants to help others do the same. Candice enjoys long walks to the bank, eating dark chocolate, working out and reading personal finance books.
nextarticle 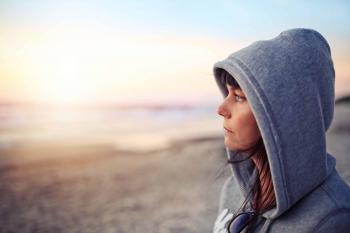 How to Have Faith When All Hope is…