How to Eat Around Someone With an Eating Disorder

Chances Are, You Know Someone Who Has an Eating Disorder. It May Be Obvious From Her Behavior, or You May Only Suspect She Has a Disorder. How Do You Help Your Friend or Family Member?

Chances are, you know someone who has an eating disorder. It may be obvious from her behavior, or you may only suspect she has a disorder. How do you help your friend or family member? How do you behave during family dinners or when you go out to lunch together?

Remember she can't control her own behavior

One of the first things you should know about an eating disorder is that it's similar to cancer or diabetes in that the person can't just "get over it". Though she may have initially chosen an eating disorder to feel a sense of control, the disease ended up controlling her. In most cases, anorexics cannot force themselves to eat, and those with bulimia cannot stop themselves from purging. It's imperative that people with eating disorders get help from qualified doctors and therapists.

Harriet Brown wrote about using FBT in her book, Brave Girl Eating. Brown prepared five meals a day for her teenage daughter, made sure she ate them, and stayed with her afterward so she couldn't purge. Harriet's dedication saved her daughter's life. Although her daughter has had a few relapses since the treatment, her future looks bright.

There's great hope for people with eating disorders, and you can increase their chances for success by showing love and support. With your help and the help of a qualified therapist, your friend or loved one can lead a normal life again.

4 Schaefer, Jenni.Life Without Ed: How One Woman Declared Independence from Her Eating Disorder and How You Can Too. New York: McGraw Hill, 2004. p. 112

Rebecca H. Jamison is a full-time mom and part-time author. She graduated with a BA and MA in English. She enjoys running, dancing, making jewelry, reading, watching chick flicks and writing novels in her spare time.
nextarticle 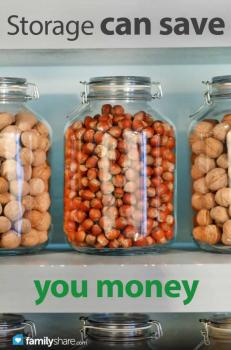